Rakhine San Daw Shin Pagoda Festival, which normally attracts hundreds of thousands of people will not be held this year due to security concerns 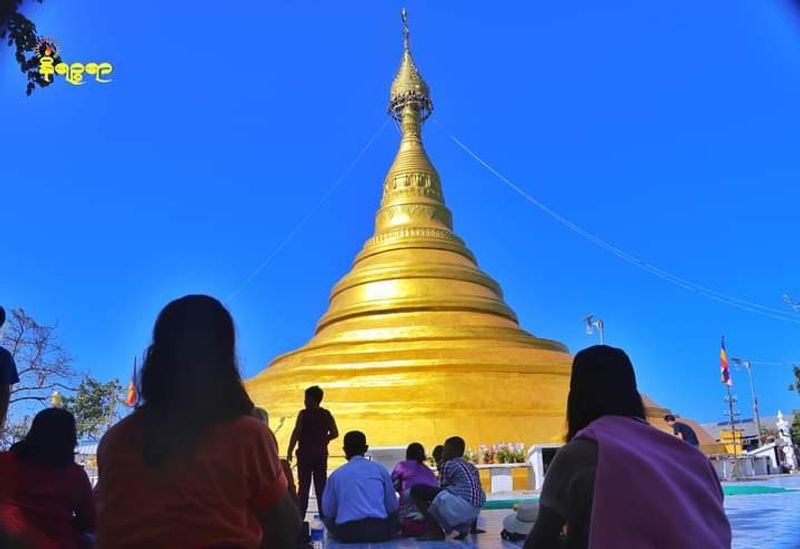 The board of trustees confirmed that the famous San Daw Shin Pagoda Festival, which normally attracts hundreds of thousands of people annually, will not be held this year due to the security situation in the region.

U Khin Maung Thein, the vice president of the board of trustees observed that “ we will not hold thefestival this year because we need to consider the safety of those who come to the festival.” He explained, “San Daw Shin Pagoda festival is held every year from the 7th day of Nattaw month(in Myanmar calendar) until the after the full moon day. However due to the security situation, the festivities will not be held in the historic Pagoda in Pauktaw township for this year.”

Currently, there is no conflict between the Arakan Army (AA) and the Military Council in Pauktaw. However Military Council troops are highly active there, and some people were also arrested on suspicion.

During last year’s San Daw Shin Pagoda Festival, the festival was was not so well -attended as before the coup because the Military Council soldiers disrupted the road repair works crossing the mountain.

This resulted in low attendance and many stalls at the Pagoda Festival suffered a loss.

Another factor this year is the Military Council have blocked Pauktaw-Sittwe, Pauktaw-Minbya Roads and waterways, so local people are facing huge difficulties in traveling, and food prices have gone sky-high.

Residents also criticized the fact that the Shwe San Daw festival cannot be held this year, because the Military Council’s human rights violations have disrupted the lives of so many people .

“In fact, this festival is very popular in Rakhine and is often crowded. But this year’s festival has to be canceled due to the Military Council’s hostility to the local people ”, a Pauktaw resident said.

Although the festival is canceled, the cleaning and polishing of the Pagoda, and reciting of Buddhist sermons will still be carried out before Nattaw full moon day, in accordance with the guidance of the Township Sangha Association, U Khin Maung Thein told Narinjara.

San Taw Shin Pagoda is located on Nilarpabbata Hill on West Pahyonka Island (aka) Myay Ngu Island in Pauktaw township, and is said to have been enshrined with the hair relic of Lord Buddha, according to Rakhine history records.

The festival used to be held regularly, but it was not held in 2019 and 2020 due to the Covid -19 pandemic, and ongoing military conflicts in Rakhine State.

Last year, the festival was held again, but the number of visitors decreased, and it was not crowded due to the Military Council soldiers’ presence at the road crossing the mountain and the festival area, said those who visited.