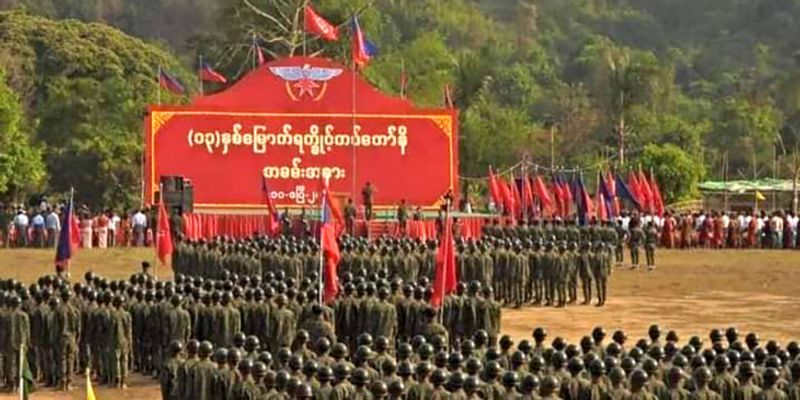 The Arakan Army (AA) and the Military Council decided to stop fighting and reached an informal ceasefire agreement within 24 hours from today (November 26) morning, spokesperson of AA, U Khaing Thu Kha confirmed to Narinjara.

"The agreement is not in writing. It means that the two sides will stop in the areas where they are currently and cease attacking. Within 24 hours from today, in other words, until tomorrow, all fighting will be stopped”, U Khing Thu Kha said.

U Khaing Thu Kha told Narinjara that the ceasefire is a seriously considered action for the Rakhine people.

“We have worked out for a humanitarian ceasefire with the aim of solving the difficulties and troubles that Rakhine are currently suffering. At the moment, an important rice-harvesting season in Rakhine is approaching. That is why we planned for the ceasefire considering the priority of the Rakhine people”, he said.

U Khaing Thu Kha claimed that AA's political positions will not change and will remain the same despite the ceasefire.

"Currently, there is a ceasefire, but our political position has not changed. We will remain steadfast in our original stance”, he said.

Previously, AA and the Military Council fought fiercely from 2018 to November 2020 and during the period after the election, both sides agreed to a ceasefire. But the battles have resurged between two sides since August 2022.

"The cease-fire should be considered a good sign for the current situation. I mean only for the current situation. Because the public, the local villagers are suffering a lot. The Military Council shot artillery into the villages and people were killed and injured almost every day. In addition, food and medicine transport routes had been blocked. Civilians were being interrogated and arrested as well as many were imprisoned. The people suffered dearly by the war. That’s why the ceasefire is the right thing to do for now. When there is no fighting, people's lives will gradually recover”, U Phay Than, a former member of Pyithu Hluttaw (House of Representatives) from Myebon township, commented on the ceasefire between the AA and the Military Council.

After the resurgence of fighting in Rakhine, the Military Council troops launched targeted attacks on the Rakhine public and killed many civilians. Also, the Military Council used their notorious four-cuts strategy, and cut off food, medicine and transportation sectors, hence Rakhine people faces various difficulties and troubles.