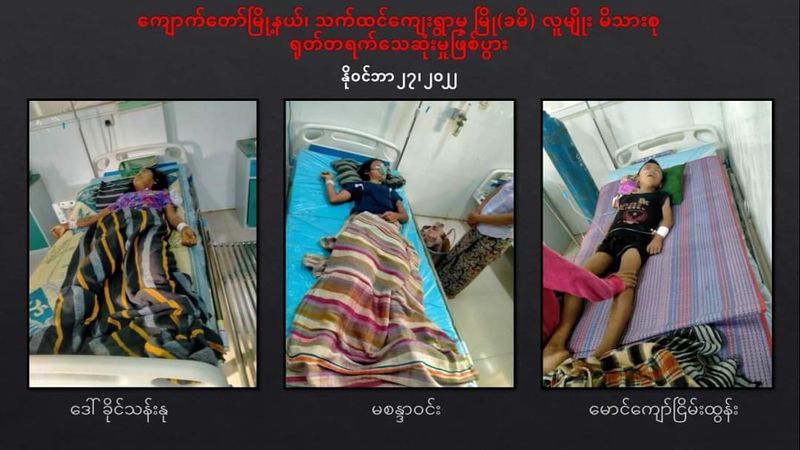 An official from Kyauktaw Hospital said, “ One of them died yesterday in the village. The other five arrived at the hospital, but all of them died today. The initial investigation revealed that they had eaten mushroom and corn. So our preliminarily investigation has concluded that they may have died from food poisoning. We will send the stomach fluid samples to Yangon for more analysis.”

The family members bought and ate corn from a nearby village on November 26, and they started suffering from shortness of breath in the evening. They were taken to Kyauktaw Hospital, but Ma Sandar Win died at around 11:00 PM while undergoing treatment at We Gyee Daunt Regional Hospital.

The remaining five were taken to Kyauktaw Hospital and were provided oxygen support , however Daw Khing Than Nu, Ma Soe Than and Maung Kyaw Neyin Tun died half an hour apart a source close to the family said.

Daw Aung Ma died around midnight on November 27, and U Thaw Kyar Aung also passed away around 6:00am on November 28.

“ Now the police and doctors continue their investigation. The exact cause of death is currently unknown. All the family members have passed away”, the person close to the doomed family said.