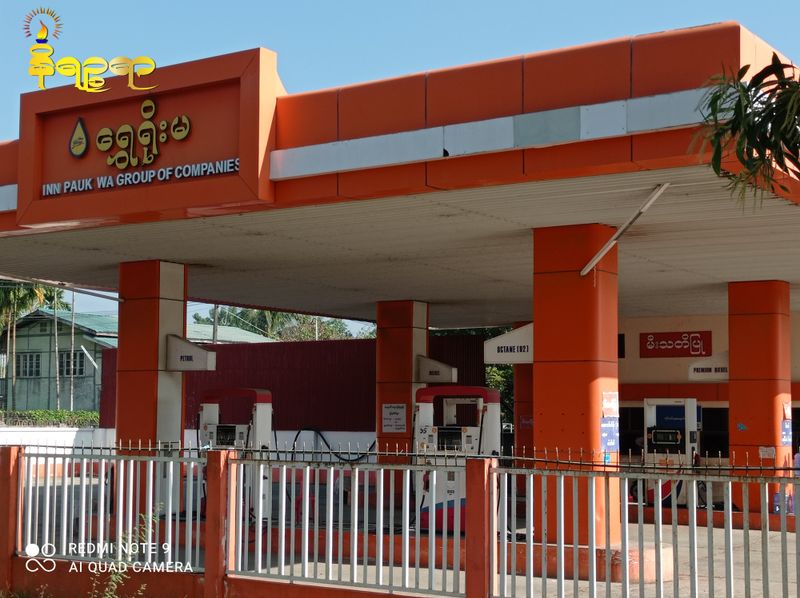 Ko Aung Htike, secretary of the Rakhine State Petroleum Trade Association said, “ We are running out of fuel at gas stations all over Sittwe. The roads have been closed for 23 days from 10 November. Once cars are allowed to enter the city, they will be able to bring fuel. We want the roads to be reopened as soon as possible.”

The Secretary continued, “ The fuel shortage has been going on for a while. The main reason is that the roads are closed, and oil tankers are not allowed to pass through. Trucks carrying fuel could not enter the city and were stuck on the road. Gas stations in the city have been selling only the remaining fuel since the beginning of November. I had hoped that the roads would be reopened one day, but so far, the roads are still closed, and the tankers keep getting stuck on the road. The remaining fuel in the city has been sold. Now there has been a fuel shortage in the city for several days.”

Since the Military Council has closed the Sittwe-Ponnagyun Road, part of the Yangon-Sittwe Highway Road, the large vehicles that import fuel from Yangon cannot reach Sittwe but are stuck in Ponnagyun, hence there is a shortage of fuel in gas stations in Sittwe.

At present, all 5 major gas stations in Sittwe are out of fuel due to road closures. Auto rickshaw drivers in the city have to buy petrol from small makeshift retail shops selling it liter by liter on

the roadsides. An auto rickshaw driver said that one liter of Octane 92 costs 3200 to 3500 kyats at these shops.

“All major gas stations have been closed, because there is no fuel left. Roadside small shops are selling a liter of Octane 92 at prices ranging from 3200 to 3500 kyats. They sell at higher prices under the pretext of an oil shortage.. Before if you fill up with 5000 kyats worth of petrol at gas stations, it is enough to drive for the whole day. Now I bought a liter of petrol for 3500 kyats, and it just ran out after I drove twice into the city”, he said.