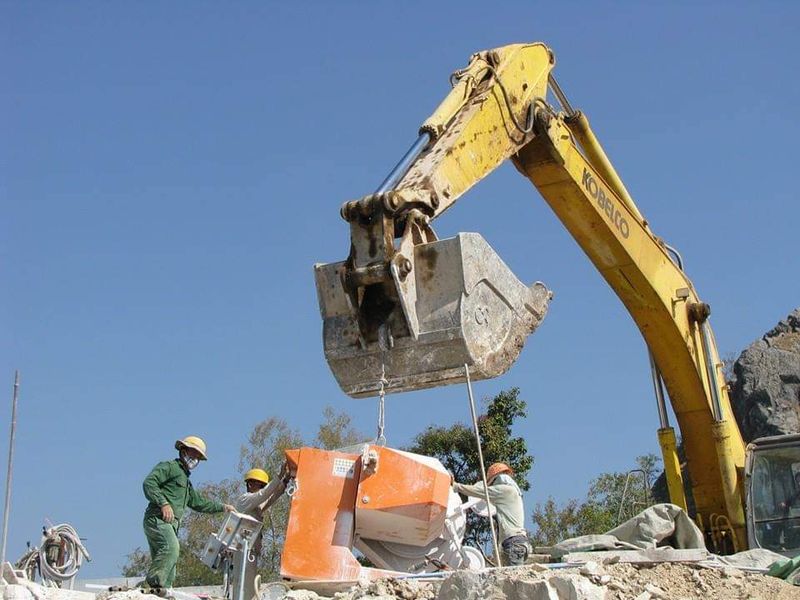 The Military Council is starting arrangements to restart the Nayputaung marble stone production project located on the Rakhine Yoma mountain ranges in Taungup township of Rakhine state, which ceased operations during the term of the National League for Democracy (NLD) government.

In order to restart the project, the Vietnam-based SIMCO company and the Military Council have already started working on a contract, with a distribution system for stone production.

A joint management committee for the successful implementation of the processes has been already formed with 4 representatives from the Ministry of Natural Resources and Environmental Conservation under the Military Council , and 4 representatives from the Vietnamese company, the Military Council’s Ministry of the Home Affairs announced on November 25.

The Myanmar government then led by U Thein Sein, granted a 20-year license to the Vietnamese company SIMCO to manufacture decorative marble stones in Nayputaung in 2012. However, because the project did not benefit the local population, thousands of environmentalists kept under a steady stream of protest between 2013 and 2015.

In 2018 the company requested the NLD government to close down the project, as the quality of marble stones mined in Nayputaung declined in quality and were no longer economically viable, and so all operations were officially stopped.

Now, the efforts of the Military Council to revive the marble production in Nayputaung, shows that it puts its own ego ahead of the interests of the local people, a Taungup local objecting to the project said.

“This is the nature of dictators to do whatever they want without regard for the public at all. I believe that it will not have any positive impact on the development of the region for the benefit of the local people if this project is restarted”, he commented.

Narinjara contacted Rakhine State government’s Minister of Natural Resources and Environmental Conservation U Than Tun about the matter, but we were not able to get any response.

The product produced in Nayputaung is a rare type of marble stone that can be used for home decoration, and an average of 7850 metric tons can be extracted per year.

Vietnam’s SIMCO company extracted marble stones in Nayputaung for 6 years from 2012 to 2018, so the entire mountain is almost exhausted, and if the business continues, there will be no good for the locals, an elder from Taungup said.

He added that since 1973/74, explosive mines were detonated at Nayputaung to produce and obtain paving stones, and since then the quality of the stones had gradually declined.