Rakhine people have no confidence in a Military Council-run election 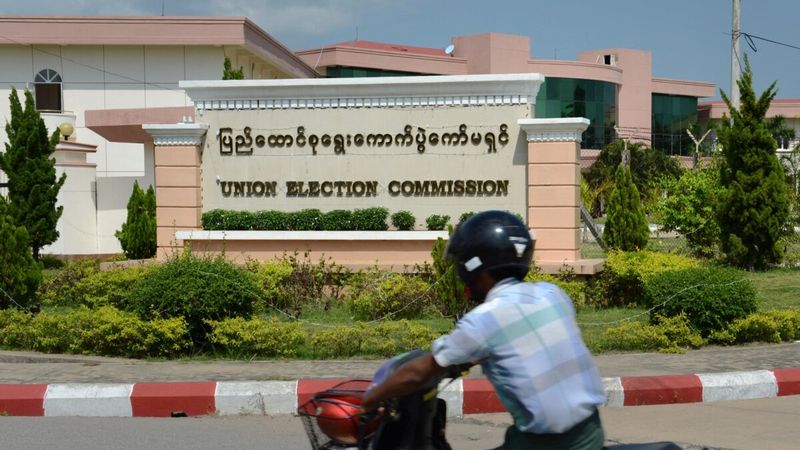 Rakhine people have little interest and no confidence in the election planned to be held this year by the coup -regime as in many parts of Rakhine will not permit the ballot to take place.

“ In Rakhine State, ULA/AA holds sway in many areas. That is why we can say that it is impossible to hold a normal election without the consent of the AA, a major stakeholder in Rakhine state,” the information officer of the Arakan Students’ Union Ko Oo Than Naing said.

“The NUG, PDF and other armed groups have also rejected this election,” the information officer of the Arakan Students’ Union, added

“It is also the case that a great many governments do not accept this election. The US government has already dubbed it “a sham election.”

The Election Commission of the Military Council has not yet announced the date of the election, but it is widely reported that it will be held in August 2023. At present, census papers for this election have been collected throughout Myanmar since January 9.

“To be frank about our current situation, we have to say that the people do not have confidence in the elections. The Arakan National Party (ANP) has always won in Rakhine state. But we were never allowed to form a state government. The main obstacle has been the military- drafted 2008 constitution.”

Ko Oo Than Naing added that “ If the junta wants to hold elections in favor of the people, it is necessary to release the arrested political prisoners throughout Myanmar, and discuss with the important political parties and ethnic armed groups in Myanmar how to amend the 2008 constitution first.”

“ We believe that the needs of our people and the hopes of our youth cannot be met. under this constitution so we are not interested in this kind of election,” he said.

“In the current Rakhine state, even if the Military Council campaigns vigourously, they can only be sure of running election in a small number of cities,” he added.

The Arakan Front Party (AFP), one of the three known parties in Rakhine, will compete in the upcoming election under the political party registration law, party chairman Dr. Aye Maung said, and the Arakan League for Democracy (ALD) party has expressed that it will not participate in any way, as it is an election that is preparing to revive the dictatorship.

As for the Arakan National Party (ANP), only the central committee meeting will decide whether or not to enter the election, and party officials said that individual conversations are illegal.

Ko Myo Lwin, a resident of Ann, who is an environmental activist commented, “ Some parties have clearly announced that they will not participate in the election. Many people see that the election conducted by the Military Council is only an exercise in finding a way for the regime to hang onto power, rather than hand over power to the people.”

In addition to this, Ko Myo Lwin added that some of the parties that have officially announced that they will contest the election, are also seeing a significant decrease in the support of the people of Rakhine.

Ko Myo Lwin also considered that the election in Rakhine is not an election that can shape the wishes of the Rakhine people as the United League of Arakan/Arakan Army (ULA/AA) already has the policy of “The Way Of Rakhine.”

The military seized power on February 1, 2021, claiming that there was vote fraud in the last 2020 election. According to the Chairman of the Military Council, Senior General Min Aung Hlaing “ In 2023 the election will be held again and the state power will be transferred to the party that wins the election.”

According to a Minbya resident, there is little interest in the election to be held by the Military Council in Rakhine state as a whole, except for a few military family members and military supporters, the rest of the Rakhine public is unlikely to participate.

The United League of Arakan/Arakan Army (ULA/AA) said that whether or not an election will be held in Rakhine State depends on the situation at the time of the election as well as the will of the entire Burmese people, and throughout the history of the elections held in Rakhine State, nothing has been able to contribute to the development of the lives of the Rakhine people.