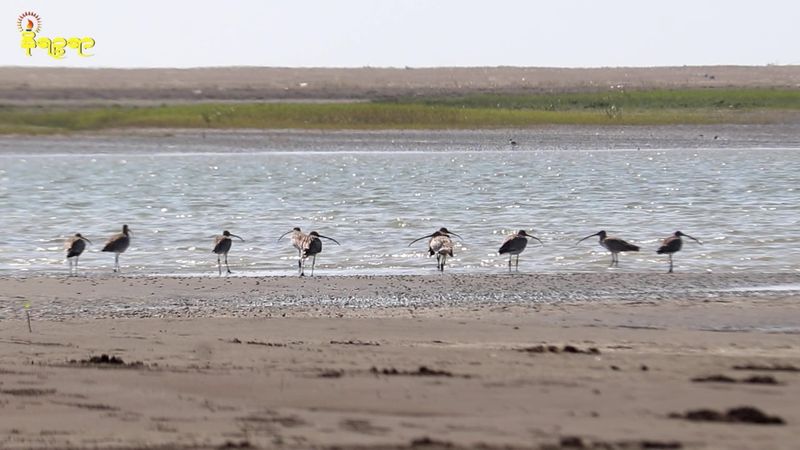 Nantha Island, an international level Ramsar wetland site in the Mayu delta, has been designated as the country's Marine National Park, but the lack of maintenance by the Military  Council government departments has reportedly caused concern for the marine life and rare bird species that live on and around the island.

Nantha Island is the second largest wintering site for the critically endangered Spoon-billed Sandpiper in the world, with a rich ecosystem and abundant food for animals. Also including migratory species and native birds such as Great Knot and Nordmann Greenshank, along with sea turtles, Arakan dolphins and aquatic animals are said to come to graze.

Ko Yan Naung Soe, president of Rakhine State Biodiversity and Nature Conservation Association, said, "Currently, rare bird species and sea turtles that visit the island for the winter are dying every day due to bird hunting and netting in the Nantha Island area, and there are also losses of coral reefs and island areas due to heavy machinery ships and sand mining."

He also said that since there are mangrove forests on the island, it is necessary to preserve them so that there is no logging, and a wetland area should be protected from being damaged.

"There is no organization to deal with these effectively and take legal action to protect them. If this is the case, this island may be destroyed," he said.

Located in the Mayu delta between Sittwe township and Rathedaung township, Rakhine State, it has been designated as a Marine National Park for almost a year, but Nantha Island has not been preserved, Ko Yan Naung Soe said.

"Actually, once the government has officially designated a Marine National Park, they have become responsible. The Department of Environment and Wildlife Conservation has the main responsibility. They have to issue instructions and go to the field. They have to set up boundaries and put up pillars. There are many processes like that. Once they have been designated, they have the responsibility to do it. But until now, they have not done anything. We are doing as much as we can," he said.

About this matter, Sittwe Township Forest Department official U Than Min Aye was contacted by Narinjara News and said that they are planning to start demarcation.

The area of the Nantha island is 22,979 acres and it is located in Rathedaung Township between the Mayu delta and the Bay of Bengal, 10 miles northwest of Sittwe Township.

The Union Minister's Office of the Ministry of Natural Resources and Environmental Conservation announced  on February 21, 2022 that Nantha Island has been designated as a Marine National Park.

In addition, Nantha Island is an island that has been designated on May 21, 2020 as a wetland conservation area by the Ramsar Group, which is formed to preserve and protect wetlands from all over the world, as it fulfills 6 wetland areas.