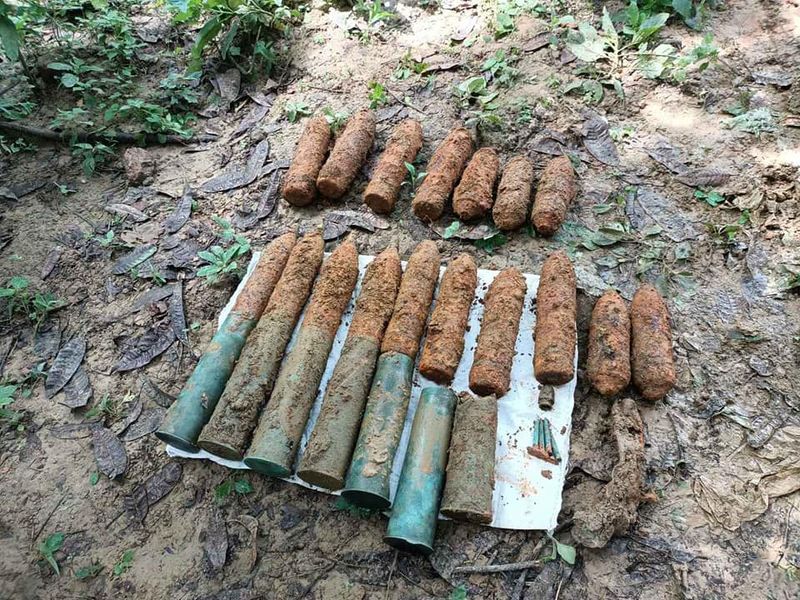 As many as 18 old bombs, which were understandably used by the British soldiers during Second World War, were found in Buthidaung, 80 miles north of Rakhine State capital city of Sittwe.

Those were found in a pit behind the Myanmar telecommunications corporation staff-housing line on 9 September as U Myo Nyein, the communications officer, and worker Adu Roman were cleaning the area.

The size of a bomb is around 2 feet in length and 11 inches in diameter. The police have sent the old bombs to Buthidaung military strategy command office.