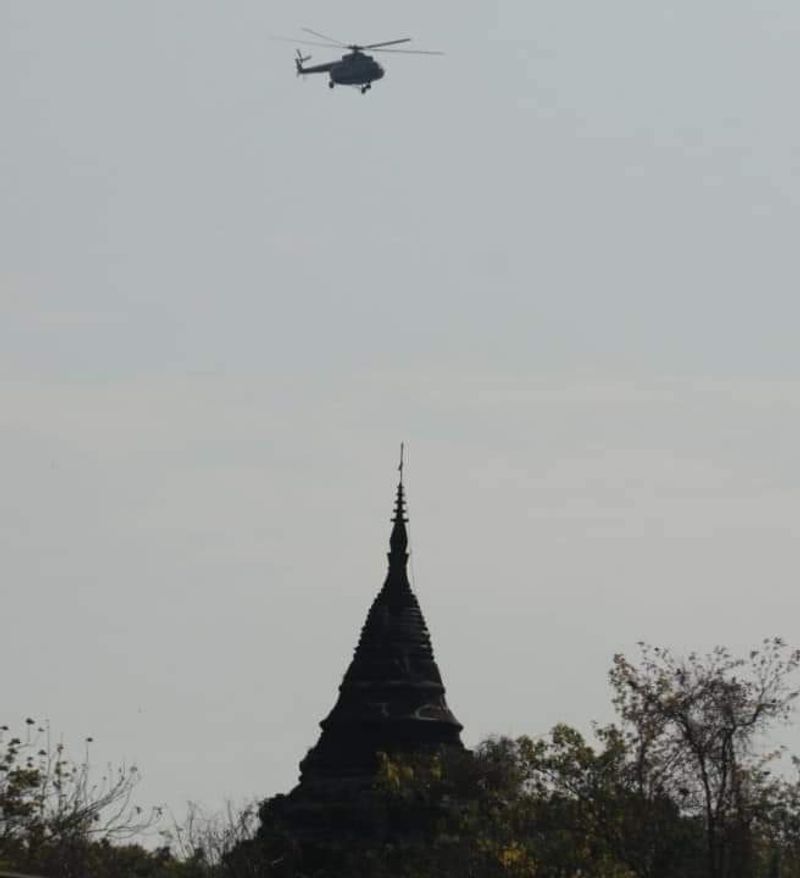 Myanmar security forces recently used three helicopters to fight Arakan Army (AA) when the encounter broke out in Minbya township, 50 miles east of Arakanese capital city of Sittwe. Troops of Myanmar Army faced the ethnic Rakhine rebel that seeks greater autonomy to Arakan on Thursday between 10 am and 6 pm.

A local village administrator informed that both the armed groups exchanged fires at a grazing ground adjacent to Shwe Kyin and Dai Thar village under Minbya township and the confrontation continued for almost the whole day.

Understandably, around 500 soldiers of Myanmar forces arrived in various villages under the township and a few column started offensive actions against the AA  nearby the mountain range. Soon AA also started countering the action.

“The intense fighting that broke out in early hours on Thursday went on till evening and by 5 pm three helicopters were seen flying around the mountains for 15 minutes. Soldiers on the helicopters also engaged in firing targeting of AA,” added the village administrator.

Scared of the situation, many families of Shwe Kyin, Dai Thar, Kua Son etc villages escaped their localities and took shelter in nearby villages.

Army spokesperson from western command brigadier Win Zaw Oo confirmed the incident of encounters in Minbya township but denied any further details. He also did not clarify if the helicopters were used to target the rebels.

Speaking to Narinjara News from an undisclosed location,   Arakan Army spokesperson Khaing Thu Ka also admitted about the fighting but denied any details from their military headquarter, based somewhere China- Myanmar border.

Fighting between Myanmar forces and Arakan Army intensified in late 2018 and early 2019 as the ethnic insurgents carried out deadly attacks on various police outposts. The confrontation is now
widespread in 9 townships of Arakan and one township in its neighboring Chin State of western Myanmar.