Army accused of setting houses on fire in Buthidaung 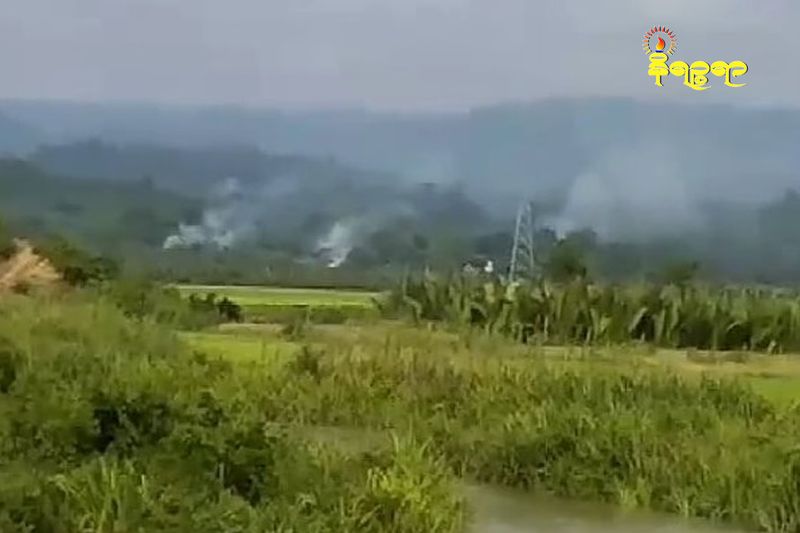 Myanmar security personnel face the accusation of setting many houses
on fire in Kun Daung village under  Buthidaung township, 80 miles
north of the Arakanese capital city of Sittwe, on Friday.

A resident of Kun Daung village, who left his village to arrive at
Sidaung village, informed that there was no visible clash
between Tatmadaw and Arakan Army. Moreover, the fire was not
apprehended to arise because of artillery shells. So the soldiers may
have put those houses on fire, he assumed.

The arson attack in the village started by 2 pm and locals from
neighbouring villages could see the rising spiral of flame with smoke
in the sky, the villager added. According to him, at least 7 houses
nearby the motor-road were gutted.

However, Myanmar Army’s western command spokesperson Brigadier  Win
Zaw Oo denied the allegation saying that it was heavily raining in
those areas yesterday. So it was impossible for the house set on fire
by our soldiers. Furthermore, there was no troop in that village on
Friday, he asserted.

U Aung Thaung Shwe, a member of Parliament from Buthidaung township
stated that he got information including relevant photographs and
television footage from locals about the incident.

He contradicted Brigadier  Win Zaw Oo’s comment that there was
actually no rain on that locality at that time. Many villagers from
Zaydi Taung, which is adjacent to Kun Daung village, could see the
fire.

The Parliamentarian also claimed that many villages were deserted for
two months now as the security forces continue fighting against AA
members. The government has stationed army troops in those villages,
he stated.

In another incident, a house in Nwa Yon Taung locality was set on fire
by miscreants on 3 October last where it was blazed into ashes.