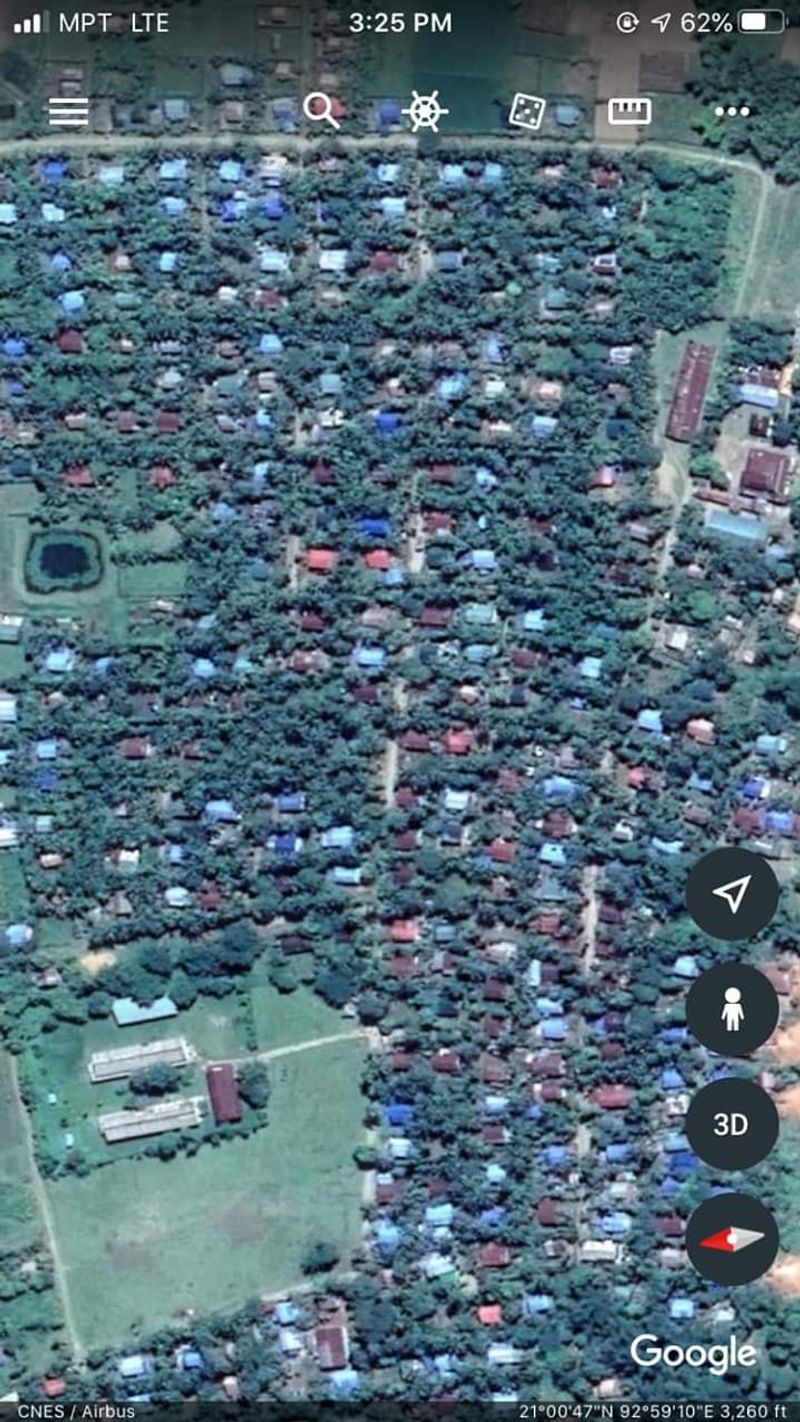 It has been reported that a huge fire has started in the deserted village of Tin Ma in Kyauk Taw Township at approximately 11am on March 22.  There are approximately 700 households in the village.

One villager talked about what had happened. “The fire started at about 11am today.  I heard several shots fired and after that the houses began to go up in blazes.  There were no clashes there.  We watched our village going up in flames. The army set fire to Tin Ma village” he said.

The Tin Ma abbot had reported that the village had been set alight, although since he had already abandoned his monastery he didn’t have detailed information. Some villagers who have stayed on in Tin Ma had been contacted by phone, he said.

“There is a huge fire burning in Tin Ma village” Kyauktaw Township Member of Parliament U Maung Maung confirmed.

“I know that homes and houses next to the sports field and the monastery have gone up in flames. People who are in the area have said that the entire village can go up in smoke. Its difficult to say who did it as no one is left in the village.  There might have been a plan to destroy the village” he said.

National Assembly MP for Kyauktaw U Tun Win confirmed that there was a fire in the village, and that people in villages in the surrounding area had contacted him by phone.

Tin Ma is a large village of around 700 households.  Almost everyone has sort safety elsewhere following the village being shelled as well as a number of arrests.

Despite the villagers claim that the fire was started by the Myanmar troops, the Tatmadaw True News Information Team secretary, Brigadier General Zaw Min Tun disagreed.  “That’s impossible”, he said. “The area is under control - it is not possible that Tatmadaw soldiers set fire to Tin Ma village”