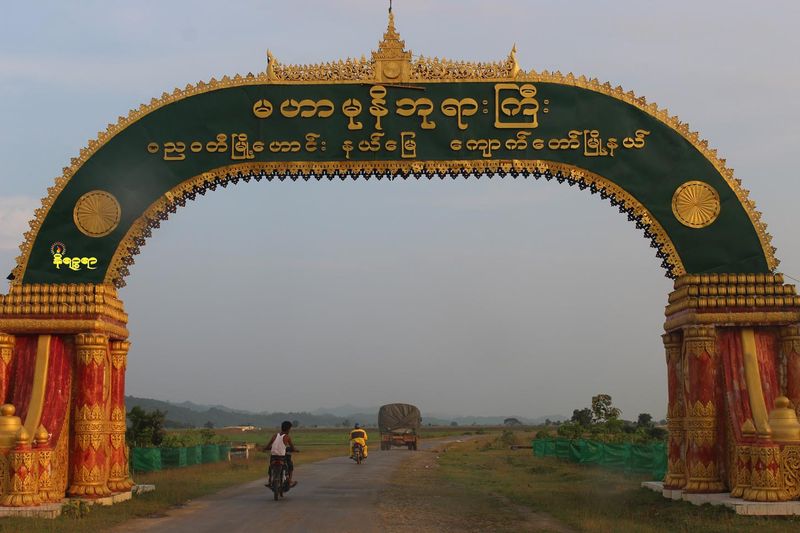 All eleven villagers, who were detained by Myanmar army personnel yesterday from  Thayat Ta Pin village under Kyauktaw township, located at upper Kaladan river, were released this morning.

"They (eleven villagers) were released from 376th battalion of Myanmar army. They all have returned to their village by 11 am today,” informed an official from Shwe Garunar social organization.

Among those released, there is one teacher and a 16 years old boy.

Tatmadaw people detained around 20 villagers yesterday in the morning hours. Nine of them were released immediately and eleven villagers were taken to the Daungtawyo army battalion no 376, around one mile west of the village.

The army officials did not disclose the reason behind their action and many scared villagers had already  left their residences.

“The villagers informed that some elders went to the army camp to beg pardon for the detained eleven individuals,” he added.

Thayat Ta Pin village, located at  Sittwe-Yangon highway between Kyauktaw and Mahamuni historic temple, supports more than  700 families and many of them have left the village after the incident.