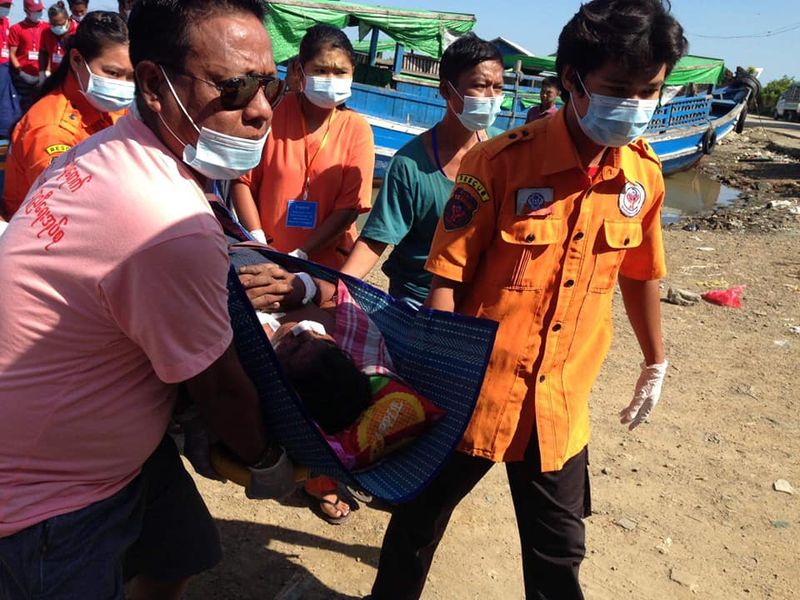 A bullet injured victim died at around 6.20 pm on Thursday in Sittwe general hospital.

The deceased has been identified as U Ba Shwe, a 57 years old villager from Pya Pin Yin village under Rathedaung Township.

U Than Tun, a social activist informed Narinjara News that he died in the evening hours after arriving at the hospital from Rathedaung township hospital in the morning with bullet wounds at his chest.

Four persons including U Ba Shwe were injured while  hiding in the village school during the shelling by Rathidaung based battalions at around 2pm on Wednesday. U Thein Sein Maung (35), who was also hospitalized at Rathedaung township hospital, informed that he too sustained injuries by the artillery shelling.

Other two injured villagers namely U Maung Mya Tun (56)  and U Maung Mya Khin (34) have been treated at Rathedaung township hospital. Tatmadaw could not be reached for comments over the incident.

Earlier, on 6 October another group of four individuals including two children and a 93 years old gentleman were injured in Pyin Wun and Kan Pyin villages on the west of Mayu river under the same township.

Moreover, lately the number of IDP reached over 20,00,00 in the State, said a report by REC (Rakhine Ethnic Congress) based in the Arakanese capital city of Sittwe.