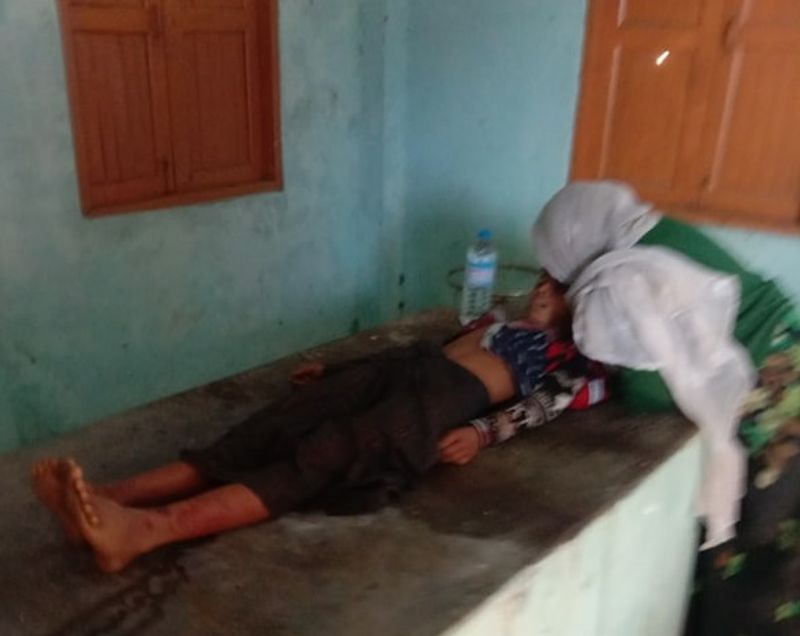 At least four Muslim children were killed and another six were injured in a powerful landmine explosion that took place in Buthidaung township, 80 miles north of the State capital city of Sittwe.

The incident occurred on Tuesday as several children from Thitk Htoo Pauk Muslim Village under the township went to collect firewood from the jungle at around 1 pm, informed U Hla Shwe, deputy administrator of Buthidaung township.

He confirmed that four children died in the accident and six other were injured. Among those injured three children remain in the serious condition and being treated at Maungdaw district hospital.

The others are recovering at Buthidaung township hospital.

“I do not know which group had planted the landmine in the area. But four children have to lose their lives because of the explosion,” said U Tun Aung Thein, a representative of Rakhine State Parliament.

According to local sources, Myanmar Army (Tamadaw) personnel often clashed with Arakan Army (AA) members in the area,  but nobody knows who is behind the mine in the jungle.

The conflict spreading across nine townships of Arakan have already claimed over 100 civilians and left over 150 people injured since December 2018, added the sources.