Huge loss to farmers as houses caught fire in Rathidaung 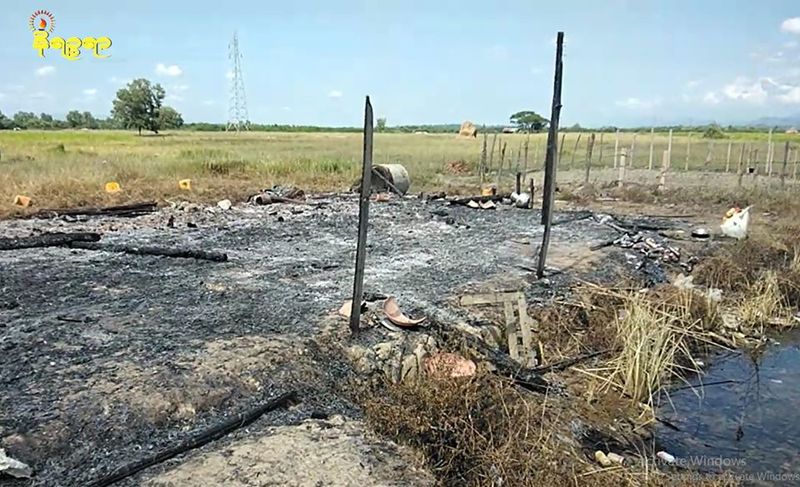 The fire broke out when all  villagers left their places because of security reasons as a column of Myanmar Army arrived there for a temporary stay.

“We apprehended the clash in our village after the security personnel stationed here.  So we preferred to leave our village. Most of villagers went to Rathidaung down town  IDP camps to take shelter.

Once the soldiers left we arrived back in our village yesterday. We found that 15 houses were destroyed,” said U Thein Maung, one of the affected villagers.

Villagers believed that some soldiers set those houses on fire. But the army authority has denied such allegations with a statement issued on 11 February. It accused Arakan Army (AA) of the crime.

However, AA spokesperson Khaing Thuka denied the accusation and asserted to Narinjara over telephone that it was committed by Myanmar Army personnel themselves.

“As it is the harvesting  season villagers put their crops  in their houses. Along with the houses the produces were also destroyed in fire. I also lost over 1000 baskets of paddy stored inside our house. It is a huge loss for me,” added U Thein Maung.

A house at Rakondai Kon Dan village with others also caught fire. Villagers stated that many domestic animals were killed in the incident incurring s huge loss to the  villagers.