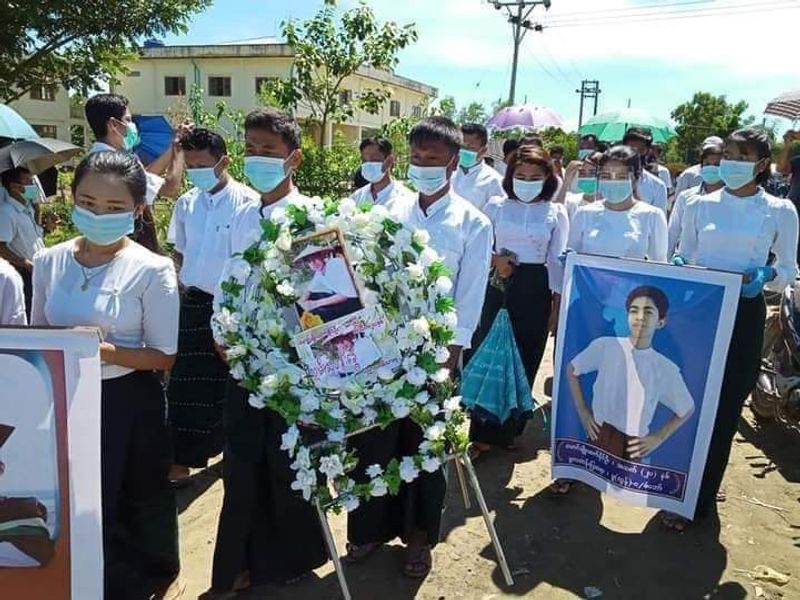 A 9-year-old boy and a primary school teacher  were killed when artillery shells exploded in two townships of Rakhine State. Two other individuals were also injured on the explosions took place in the last
two days.

The 21-year-old teacher Maung Maung Oo, who hailed from Ywa Thit Kay village under Rathedaung township, sustained severe injuries as an artillery shell exploded near to him on Monday.

He was herding cattle near the village and immediately taken to Sittwe general hospital on a speedboat but he died on the way, said a family member.

Another incident took place at around 4 pm yesterday in Mrauk U, the ancient city of Arakan, where 9 years old Maung Myo Aung Htay  was killed. His 44 years old father (Kyan Myint) and another 51 years old woman (Daw Than Yin) were wounded in the blast near their residence.

The dead child’s mother informed that the shell fell over their house as they were washing tubers which were dug out of the forest. The shell came from Ngwe Taung Pauk where a column of military is stationed.

“Now I lost my son and my husband is in the hospital with serious injuries. I want necessary actions against those who fired, the shells,’ she asserted.

Earlier, on 18 October morning,  a mine exploded near the Sittwe-Yangon highway, injuring a couple on a motorcycle from Kyauktaw township.

Nearly 300 civilians were killed and more than 600 individuals injured in the ongoing conflicts in Rakhine State since December 2018.

(Photo: Funeral of the dead teacher in Rathedaung graveyard today)