Two civilians including a woman killed in fighting in Maungdaw 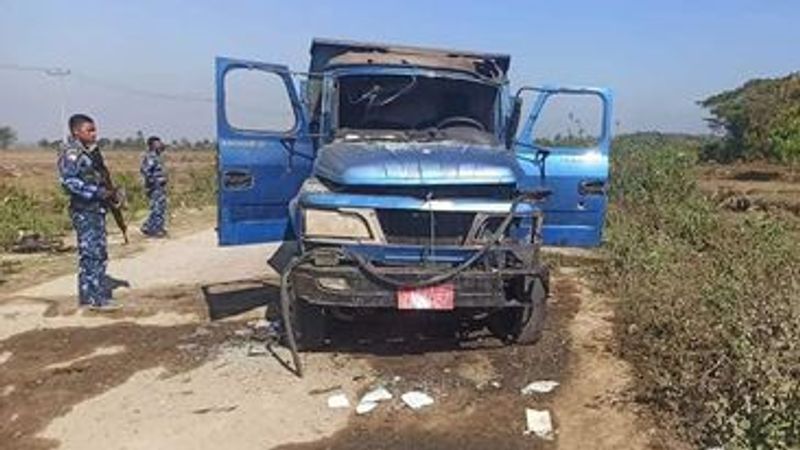 The victim lady has been identified as Daw Saw Khin Hla (40), hailing
from Pharwat Chaung village, where as the driver found to be Aye Ko Ko
(25), a Muslim resident of Nganchaung village.

The village administrator informed Narinjara News that they died in a
bomb explosion that took place at around 11 pm on 7 February in
between Pharwat Chaung  and Nganchaung Muslim village.

Saw Khin Hla is known as a trader of timbers, who often travelled to
northern Maungdaw. She went there yesterday too for business purposes,
but was asked to transport some military patients. It faced fate on
the way.

Her vehicle was totally damaged in the blast. The army personnel,
while contacting the villagers, send both the bodies to their
respective villages for last rites.

They become the latest victim of conflicts since the fighting regained momentum in Rakhine State of
western Myanmar.