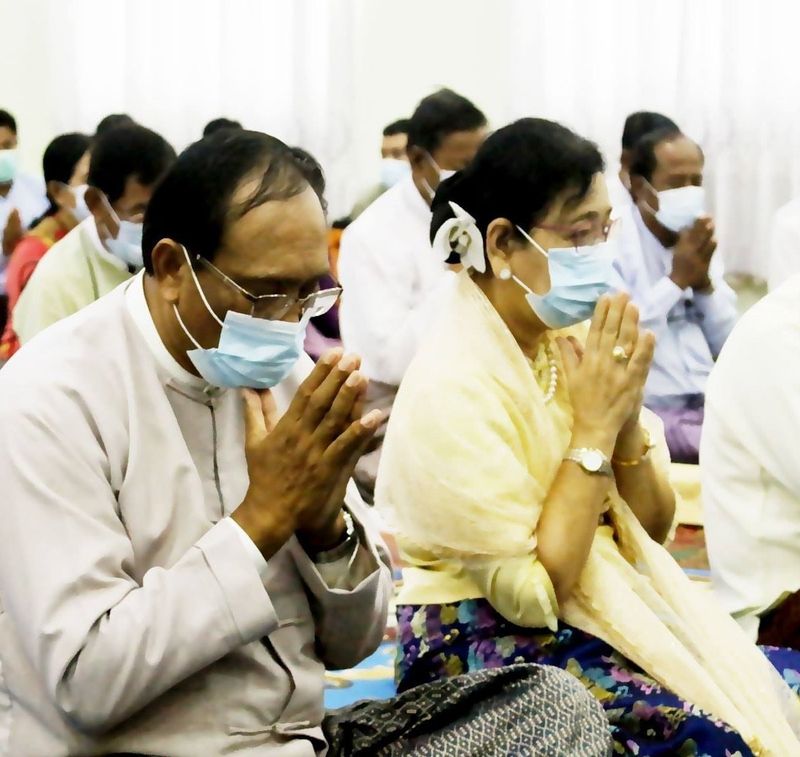 Rakhine State Hluttaw Speaker U San Kyaw Hla will not run in the next general election, it has been reported.

“I have no plans to run in the election” he said. “I have decided that I am too old. My health is not as good as I thought it would be. Another thing is I have to consider the young people, those waiting in the wings. That's why. ”

U San Kyaw Hla is the current Speaker of the Rakhine State Hluttaw and a member of the Arakan National Party's policy committee.

He said it would not present major problems for the party if the traditional party leaders did not run in the election.

"The fact that I won’t stand is not a major issue. In the party, people need to change and to be replaced. Young people will take over our responsibility. Our responsibilities can be handed down to the youth. There is not much of a problem, ”he said.

Asked about the situation in the upcoming November 2020 election and the 2015 election, he said: “It is true that this 2020 election is different from the 2015 election. In 2015, the ANP was the only name, so we could focus on that. Now however the three parties are not the same as in 2015. That's for sure. The situation is not the same as in 2015. But to some extent, we can succeed, ” U San Kyaw Hla said.

He said the Arakan National Party (ANP) will have to compete with two other Rakhine parties in the 2020 election, with fierce competition from the National League for Democracy (NLD).

"We also have to compete with each other," he said. “There is the Arakan League for Democracy (ALD). And there is the Arakan Front Party (AFP). There are three Rakhine ethno-national parties. There will be stiff competition between them. The NLD is not doing well in the northern townships of Rakhine State but they might be able to do well in the south, ”he said.

He said that despite the divisions of Rakhine parties, there was no reason for the NLD to win in the northern townships of Rakhine State.

“Regardless of how divided our Rakhine parties are in the northern townships, there is no reason for the NLD to win. However, in other townships where we are divided, the Rakhine parties may well lose to the NLD, ”he said.

At present, ethnic Chin, Kachin, Mon and Karen parties are unified in contesting their respective constituencies. However in Rakhine State, there is no possibility of Rakhine parties agreeing amongst themselves over contesting in agreed constituencies.

On whether or not there will be an election in Rakhine State, U San Kyaw Hla said, “It is possible. It is up to the election commission who hold the election to say that it is impossible or not. If they try to make it happen, there is no reason why they cannot do it. It is also true that they are unable to hold it. There are times when it can't be done. So holding elections depends on the dignity of this government."