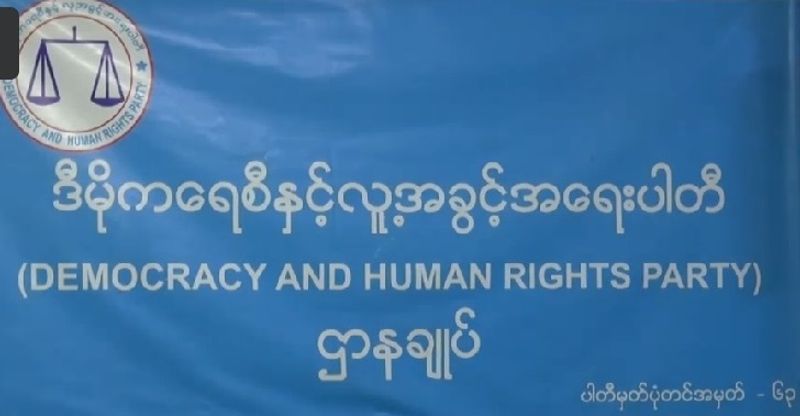 Four candidates from the Democracy and Human Rights Party and one independent who were to contest Sittwe and Maungdaw districts in Rakhine State have been removed from the parliamentary candidate list.

U Kyaw Myint, chairman of the Maungdaw District Election Commission, confirmed that three members of the Democracy and Human Rights Party and one independent in Maungdaw had been rejected.

“One person from Buthidaung was rejected the other day. Yesterday, one was left on the list, that is U Aye Win, but three others were rejected. They are U Kyaw Min; U Aung Hla, and U Saw Myint. Buthidaung Oo Abu Taher was also rejected. Rejection means that both parents were not citizens at the time of birth, that’s according to the election law. That is why they were rejected, ” said Kyaw Myint, chairman of the Maungdaw District Election Commission.

Aye Win (Nos Mohamad) will be the only candidate from the Democracy and Human Rights Party permitted to run in the election.  He will contest the Pyithu Hluttaw seat in Maungdaw Township.

U Abu Taher, rejected from standing as an independent candidate the Pyithu Hluttaw seat in Buthidaung Township, said, “we will continue to appeal because both my parents and my grandparents were citizens before I was born, and this is in accordance with the law. I think what they are doing now is rejecting us based on their policy. This is because we are already citizens under Section 4, Sub-section 2 of the 1948 Citizenship Law. My parents and grandparents have held a national ID card since 1975, since before I was born. According to government records, both parents and my grandparents are legal citizens.  We think that this rejection is based on their policy, not the law."

Asked about Abu Taher statement, Maungdaw District Election Commission sub-chairman Kyaw Myint, said: “We are acting in accordance with the election law. According to the law, both parents must be citizens at the time of birth. If they are not satisfied, they can appeal to the state commission within seven days. ”

Kyaw Min, chairman of the Democracy and Human Rights Party and U Adu Raw Shi could not be contacted.