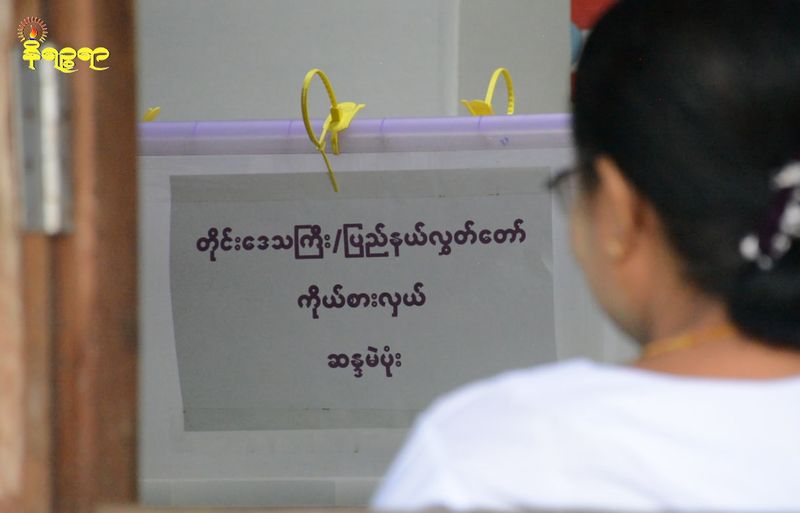 Candidates in Rakhine State for the national elections scheduled for next November find difficulties in campaigning for the ongoing armed conflicts, frequent internet cut, outbreak of Covid-19 pandemic etc.

Many Parliamentarians and Rakhine candidates have not been able to start their poll-campaigns even after  Myanmar Union Election Commission approved the campaigning on 8 September itself.

Mai Su Su Hlaing, an independent Chin ethnic Parliamentary candidate, from Myebon Township admitted that they have not done anything yet for the polls.

“Here in Rakhine, the internet service is very pathetic (E level). So we cannot use the social media space for campaigning. With more to it, there are reports of gun-battles everywhere. Lately the Covid-19 has
prevented our scheduled meetings with the people (read voters),” said the Chin candidate.

In the time of Covid-19 pandemic,  4G internet service becomes a necessity. The government announced to upgrade  the service, but it is not yet materialized. Because of it, the ethnic minority candidates have found it too difficult to reach the electorate, she asserted.

“Leaving aside other difficulties, the pandemic has crippled us as we cannot enjoy a direct access to the people. I can't also organize public meetings. We are really in a helpless situation,” added the candidate.

The internet service in the Rakhine capital city of Sittwe is available but it has been restricted to much extent. The home stay order by the government has made the situation more murkier.

U Aung Mya Kyaw, a Rakhine National Party nominated Pyithu Hluttaw candidate from Sittwe locality, said that they were yet to organize any public meeting in the township.

“We want to distribute pamphlets to the voters and hence we need necessary permissions from the health department. Restrictions on vehicular movements have put tremendous challenges ahead of us,” asserted the candidate.

In previous elections, the campaigning was done in the  night hours across Sittwe township, but presently night curfews have been imposed in the State for some weeks.

U Tun Hla, an Arakan League for Democracy nominated State Hluttaw candidate from Kyauktaw township revealed that armed conflicts were going on in various parts of the State.

“Because of the gun-fights, it is always difficult to move. Moreover the internet is slow (2G facility) and hence we cannot reach the voters online. Now Covid-19 is here to pose more troubles for us,”
added the candidate.

Incidents of gun-fighting between the Tatmadaw and Arakan Army (AA) members have been intensified in various Rakhine townships like Buthidaung, Rathedaung, Ponna Kyunt, Kyauk Taw,  Mrauk-U, Minbya, Myebon etc. The authority has restricted the internet services in hese townships.

U Kyaw Zaw Oo, an AFP (Arakan Front Party) nominated candidate from Sittwe locality said that entire Rakhine State is presently under strict restrictions because of the Covid-19 outbreak.

“Now it is not possible to go for door to door campaigns. So the voters would find it difficult to make their minds. If relevant information is blocked, how can we expect a fair election that would finally enrich the image of Myanmar in the international arena!,” questioned the candidate.

Myanmar Union Election Commission has made it clear that it would conduct the general elections on 8 November despite the Covid-19 pandemic. It has already refused to listen to various political parties to postpone the polls.