Elections are not scheduled for 9 Rakhine townships: Myanmar UEC 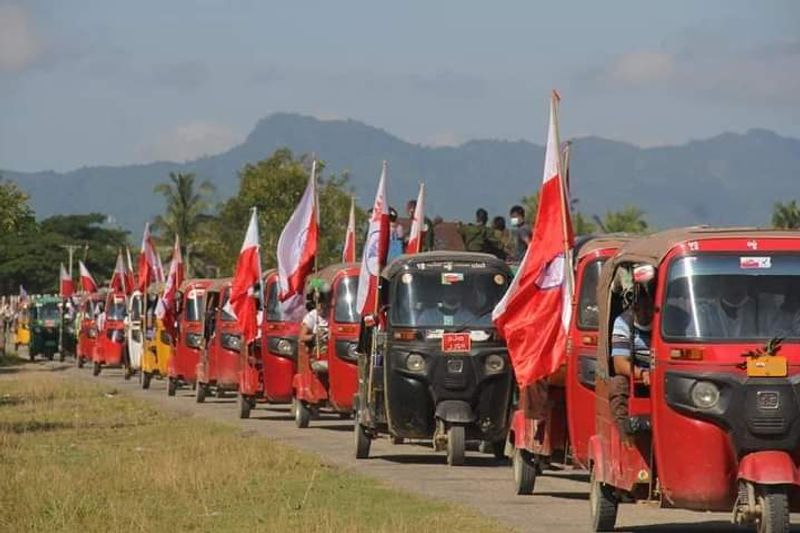 Union Election Commission of Myanmar announced that the forthcoming national polls will not be conducted in nine townships and several village-tracts of some other townships of Rakhine State.

An election commission statement issued on 16 October revealed that there would be no polls in Maungdaw, Buthidaung, Rathedaung, Ponna Kyun, Kyauk Taw, Mrauk-U, Pauktaw, Minbya and Meabon township.

According to article 10 (f) of the election commission guidelines, the general elections will not be held in these constituencies because of un-accommodative ambience there for a free and fair polls.

Relentless fighting between the Myanmar army personnel and  Arakan Army members in Rakhine State, left at least 300 people dead, more than 600 injured and over  2,00,000 homeless.

( Photo: Election campaign by ANP in Buthidaung on 16 October 2020)