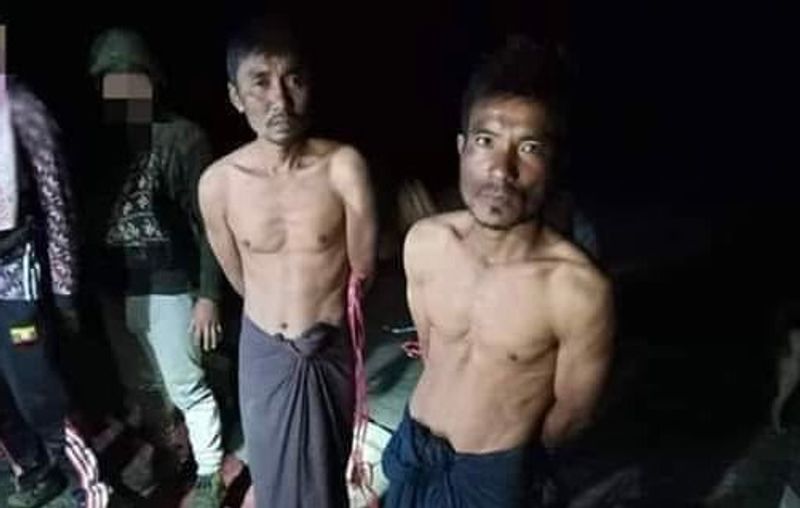 In Maungdaw township, situated on the western border of Rakhine State, at least four people were sentenced to long term imprisonment in connection with links to Arakan Army (AA) within month of April.

On 21 April, the Maungdaw district court sentenced Nyi Nyi Naing (28 years old) from ward number 3 and U Aung Hla Thein (46) from Ngwe Taung village under Maungdaw township to 10 years in prison each under section 50 (i) of the Anti-Terrorism Act.

They were detained from Ngwe Taung village in 2029 on suspicion of maintaining links with the AA.

Earlier on 7 April,  two villagers namely  U Khin Maung Hla (41) and U Kyaw Naing (38) hailing from Pharwat Chaung village under Maungdaw township, were sentenced to 7 years in prison with hard labour by the Maungdaw district court under section 50 (a)  and 51 (a) of the
Anti-Terrorism Act.

Kyaw Naing's wife, Daw Khin Win Kyi claimed that her husband is innocent and no way related to the AA.

“My husband was arrested on 19 December, but he had nothing to do with the AA,” she added.

Similarly, Khin Maung Hla’s wife Daw Thandar Hlaing informed Narinjara News that  the imprisonment to her husband under the anti-terrorism laws is not justified as the military council had lately removed the terror tag from the AA.

“My husband is punished under the terrorist act, but the AA is no longer a terrorist outfit. The Nasaka Council has already removed AA from the list of terror groups,” she asserted.

In Rakhine State, at least 70 people are behind bars in different places on suspicion of being linked to the AA, stated the civil society groups.

(Photo of U Khin Maung Hla  and U Kyaw Naing.)