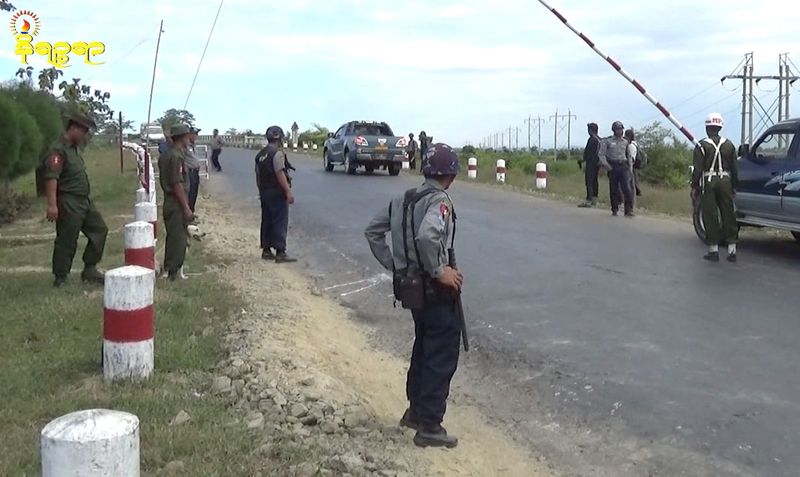 A number of  Rakhine youths have gone  missing after they were arrested by the military councils during this month from the capital city of Arakan State.

They were abducted by the junta soldiers from Sittwe after the Arakan Army members arrested  a military captain and a soldier from the city on 23 June.

Not only the young people, but many civilians over 30 years of age were also arrested by the military authorities. Kyaw Win Hlaing (32), a three-wheeler driver from Mrauk-U's Kyauk Raz Kay ward was arrested on 22 June and later taken to battalion 540. He is still missing, claimed his wife.

The detainees are not even tried in the courts. Arresting and even torturing without handing over the detainees to the police within the mendatory 24 hours become a tradition for the Myanmar military, commented a veteran Rakhine politician. U Pe Than, a former Pyithu Hluttaw member from Myebon township, criticized the military atrocities on common people.

"It’s a violation of the conventional law. Moreover it is also a severe violation of human rights,” he added.

Since the middle of June, the AA has detained over  17 Burmese military personnel and policemen  in various Rakhine townships like Ponna Kyun,  Kyauk Taw, Mrauk-U and Sittwe.

Rakhine Human Rights Defenders Group director Myat Tun alleged  that following the arrests of Burmese military personnel, the armed forces abducted about 50 Arakanese civilians suspecting their links with theAA. Among them, one died during the interrogation, claimed locals.

However, the military council spokesman General Zaw Min Tun recently told the BBC that no arrest was made in Rakhine State in connection with the AA.