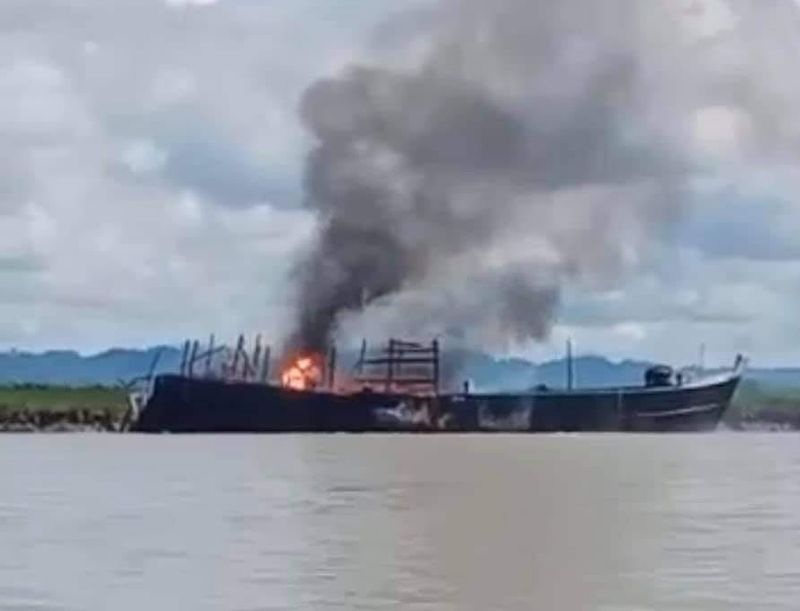 One person was killed and three other were injured as a cargo boat, which was carrying some ICRC goods, burned down as it was allegedly attacked by an armed group on Mayu river in Rathedaung township of Rakhine State.

The incident took place on the river between Kan Pyin and Pyin Wun villages at around 12 noon today, informed the locals.

They are seriously wounded. Meanwhile, a body was found on the board with severe burn-injuries.”

A villager from Kanbyin, who went to the location, witnessed many rice bags, soap powder packages and other consumer goods in the boat. He could see a dead body there. The boat was burning for many hours.

Khin Maung Latt, an Amyotha Hluttaw (National Assembly) member from Rathedaung township, when contacted by Narinjara News, revealed, “One boatman died on the spot during the fire and three other individuals were injured whom were taken to Zaydi Byint hospital.”

The ICRC office in Sittwe was contacted by Narinjara News, while the concerned officials informed that they had received the news and were investigating the matter.

No armed group has so far taken the responsibility over the attack.