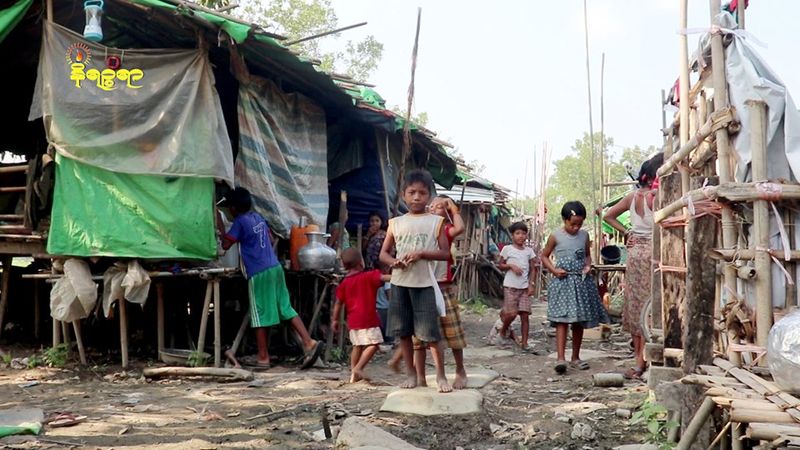 Rice supplies are about run out in Tein Nyo IDP Camp, Mrauk Oo Township, it has been reported.

The camp population currently stands at 3,250 yet presently there is only enough rice left to last one day, according to U Way Hla Aung who is responsible for Tein Nyo IDP Camp.

“The government hasn’t provided any provisions for us so we’ve run out. We have enough to last for one day, but that’s it. After today it will be all gone, finished”, he told Narinjara.

He explained that the authorities haven’t provided food provisions since April.  They have not yet received provisions for the month of May.

“Before the Water Festival the ICRC provided two months of food assistance, one month in advance as their office would be shut during the festival.  Two months worth is enough for us to live on. If the ICRC hadn’t provided the two months worth of food, then we would have completely run out of food by the beginning of April”, he explained.

People who have fled their homes due to the conflict are mainly from Auk Thar Kan, Lettkar, Bu Ywet Ma Nyo, Paukpyin Gwin, Way Tharli, Hparyar Gyi as well as other places.  They come from a total of around 11 villages.

U Htun Thar Sein, a Hluttaw MP for Mrauk Oo Township was contacted on the matter. “That’s correct – they have run out of food. Tomorrow the parliament will donate five lakh.  Rescue organisations and the ICRC have been informed.  ICRC said they would provide the food the shortly”, he said.

It has been reported that the main needs facing Tein Nyo Camp are rice, fish paste, and MSG.