2,100 people in Pipin Yin camp have been without government assistance since May 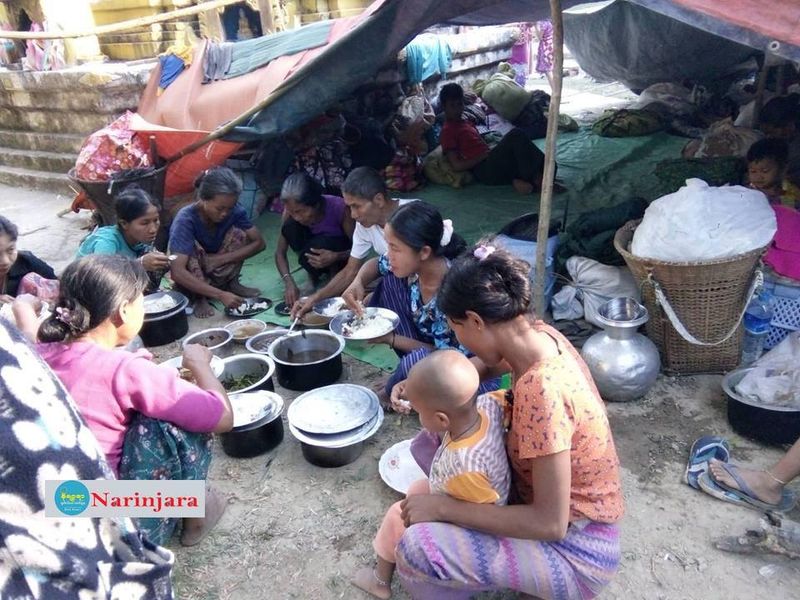 The Ministry of Relief and Resettlement has not provided any assistance to the Pipin Yin refugee camp, Mrauk-Oo since the beginning of May 2020, with food supplies running low, a camp official said.

The Pipin Yin camp has been open since March 29, 2019, and is home to about 2,100 people. Most of the refugees are from Pauktaw Pyin, Waythali, Letkha, and Ouk Pi Kan, Hpayar Gyi and Bu Ywet Ma Nyo villages in Mrauk-Oo Township.

"I have not been able to work since coming to the camp," he said. “We rely on relief for food . We want the government to provide food supplies again. I also want to know why it was stopped. There are over a thousand people here,” he added.

Ye Min Oo, State Director of the Rakhine State Disaster Management Department of the Ministry of Social Welfare, Relief and Resettlement, said, “We have opened a Disaster Management Department in Mrauk-Oo District. Aid is being provided to IDP camps through Mrauk-Oo District. New arrivals are immediately provided with two weeks of rations and regular monthly rations are provided to existing refugees. We spend billions on refugees. We make sure supplies of rice are not interrupted. The quality of rice is also good. We make sure that when the rice arrives at the camp everyone can eat it. If they do not receive food aid, they need to contact the Mrauk-Oo District Office. Now that the internet is back on, I would like to ask you to report on the real problems that are being encountered”, he said.

It was learned that the food from the Ministry is distributed via the township general administration, although the Mrauk-Oo Township Administrator could not be reached for comment.

Camp officials say the rice supplies need to be returned to normal since many people are suffering from fever due to the rainy season.