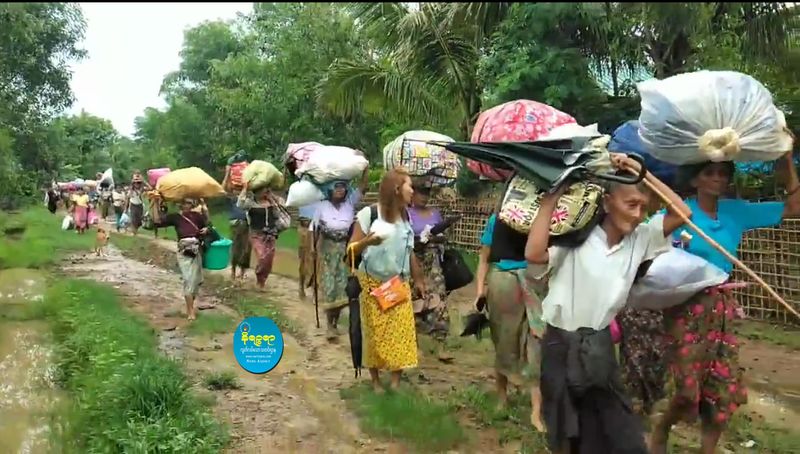 The number of internally displaced people in Rakhine State has swollen up to 226,804, said a statement issued by  Rakhine Ethnic Congress (REC) on 1 October. Among them,  77,944 people are living in various camps and 148,860 individuals are surviving out of those.

The REC  statement claimed that exact locations of the refugee camps in each township and also the number of IDPs living inside and outside the camps were meticulously listed.

Pe Than, a Pyithu Hluttaw (People's Assembly) member from Myebon township, commented that incidents of fighting should be reduced Rakhine State, otherwise the number of refugees would only increase in the coming days.

"The current conflict with Arakan Army should be solved politically. Armed forces cannot resolve the political conflicts across Burma.  The Union government should reconsider many of its polices. We would prefer a ceasefire in Rakhine and like to start political dialogues for lasting peace,” he added.