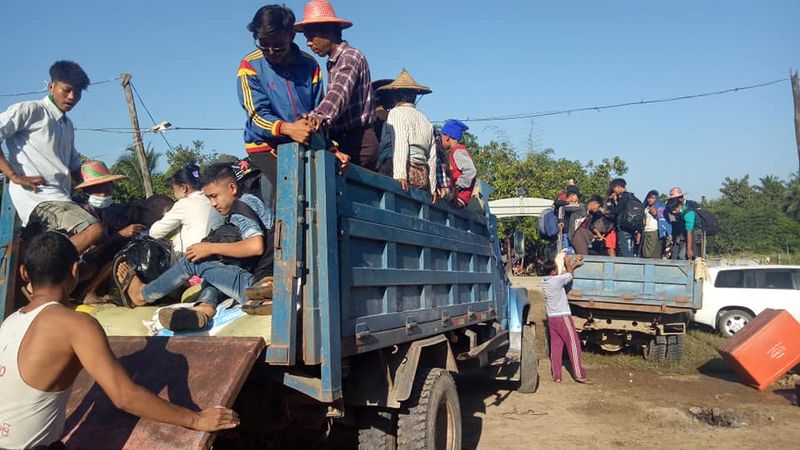 More than 400 locals who fled to Sane and Rambree in Rakhine State returned back to their villages yesterday, said  a social worker.

“They left yesterday morning.  We arranged vehicles for them to go back home. All the refugees have returned and their villages are calms now as the soldiers had also left the place,” added the social worker.

Those villagers left their places on 2 November as the  Tatmadaw troops entered their villages and even arrested some villagers for interrogations.

The  stayed at makeshift camps  in Rambree town and many took shelter at a monastery in Sane. Most of them are farmers and they wanted to return as it is the harvesting time.

“Only a few people remain in Kan Pyin Su ward of Sane as they are old and many are minors with poor health. But the rest would return soon to harvest their paddies,” he added.

They were soon taken away by the Tatmadaw and still in Kyaukphyu police custody. They have been charged under the anti-terrorism laws suspecting their links with Arakan Army (AA).

The villagers fled their places due to such activities of soldiers.