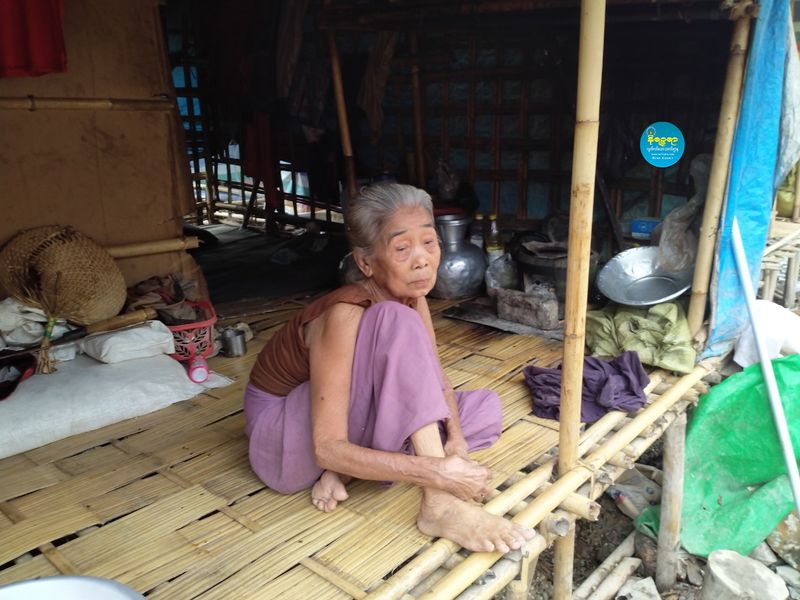 Internally displaced refugees of Rakhine State in western Myanmar are in dire need of blankets and other warm clothes as the cold winter days have arrived, said the relief camp officials.

Ko Khaing Myo Aung, in-charge of Nyaung Chaung refugee camp under Kyauktaw township, admitted that the camp does not have enough blankets and warm clothes for the inmates. He stated that immediate supports are  needed for the children and elderly people.

The UNHCR earlier provided two mosquito nets per household in the camp but some families with large number of members need more mosquito nets.  So such nets are also needed, he added.

U Maung Ngan, in-charge of Tint Nyo refugee camp under  Mrauk-U township informed that their refugees  were facing difficulties as donors are yet to come for supports including blankets, warm clothes and also mats.

“No donor has come this year with necessary items. So those are needed urgently specially for the children and elderly persons.

Ko Batkka, a volunteer relief worker in Rathedaung township stated that the scarcity of warm clothes in camps remains a serious health concern for the senior citizens.

“The refugees urgently need blankets to sleep little comfortably in cold nights. Some are sleeping over tarpaulins on the ground. We are worried about their health,” he added.

Myo Lwin, a social worker in Ann township informed that their area is the coldest among Rakhine localities and hence they need warm clothes for the refugees.

Wanlet Regional Development Foundation, a Rakhine based social group announced that it would donate some blankets and warm clothes for the refugees.

“Our targets include  Sanyin and Yetchaung refugee camps under  Myebon township. There are few donors for the people in those camps as those are located very far,” said the group director Khaing Kaung San.

Win Myint, spokesperson of the Rakhine State government, also in charge of municipality ministry, assured Narinjara News that the government would provide those  items if local administrators inform about the scarcity of warm clothes in  various refugee camps.