1,000 IDP refugees to be repatriated this week 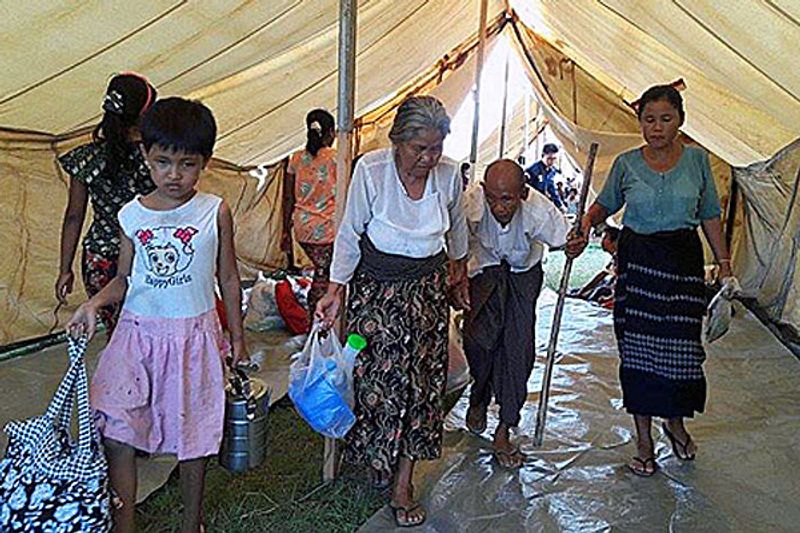 The Rakhine State council is planning to repatriate more than 1,000 refugees from Ann township, located in the central part of the State, by this week.

Those refugees from three camps namely  Pe Padon, Sport hall and Kan Dake are expected to return to their villages by 27 March, said U Hla Thein, a spokesman of the Rakhine State council.

"We are planning to repatriate more than 1,000 refugees before the Armed Forces Day," added the spokesman while responding to queries from Narinjara News.

The members of 307 households are scheduled to return back home-areas at Dalatchaung locality under Ann township.

Aung Win from Pe Padon camp, who is leaving for his village in the next few days, commented that he is worried about the landmines put near to their village. But he prefers to go back as the fighting had already stopped.

Earlier, on 6 November 2021 around  700 IDPs of Ann township were sent back by the  State council.

However many refugees are yet to be  ready to return back. At least 100 individuals  are not willing to go back, informed U Than Cho, in-charge of Padon refugee camp.

The intense fighting between the Arakan Army members and Burmese army personnel during 2019 and 2020 rendered around 3,000 people homeless in Ann township.

Most of them have already returned back, but there are still over 70,000 refugees in various camps in Rakhine State.