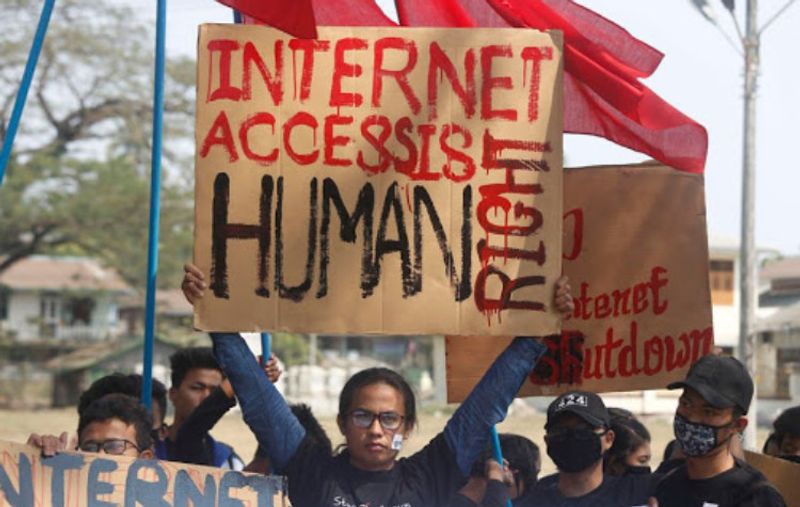 U Soe Thein, permanent secretary of the Ministry of Transport and Communications explained the reasons behind the internet restrictions in place in a number of townships in Rakhine State during a press conference on the Ministry’s annual activities. The event was organised by the Ministry of Information in Naypyidaw on June 10.

“In line with the telecommunications law, it has been shutdown as it is in the public interest and will reopen when it is no longer considered detrimental to the public interest. The shutdown will be in place until August 1” U Soe Thein said in his speech. Rakhine Hluttaw representatives and social activists have given their responses to these comments.

“What I really want to say is that how this is used and will impact the mindset of the people affected. One particular question that arises is that he is using the words ‘the public’ rather than the ‘local people’, so we need to ask which public is he referring to? I am not clear on what he said.  And I think there’s no accountability.  There is a feeling that he is being overridden about whether or not to be transparent” he said.

“Essentially, for a country that is developing democratically, they should never have shut down the internet for the sake of security in the first place, its a persons right. They will say they will reassess on August 1. Waiting until after August is too late.  The ministry should lift the ban today. The later it gets the worse it is for the people”, she said.

“In some places we have been to people didn’t even know what COVID was. There are people who know absolutely nothing about this disease, and that’s really worrying.  Places which don’t have internet are the places where human rights are violated most easily, so we don’t feel safe whenever going to places without internet. Obviously it is a good think if internet  services are resumed” he said.