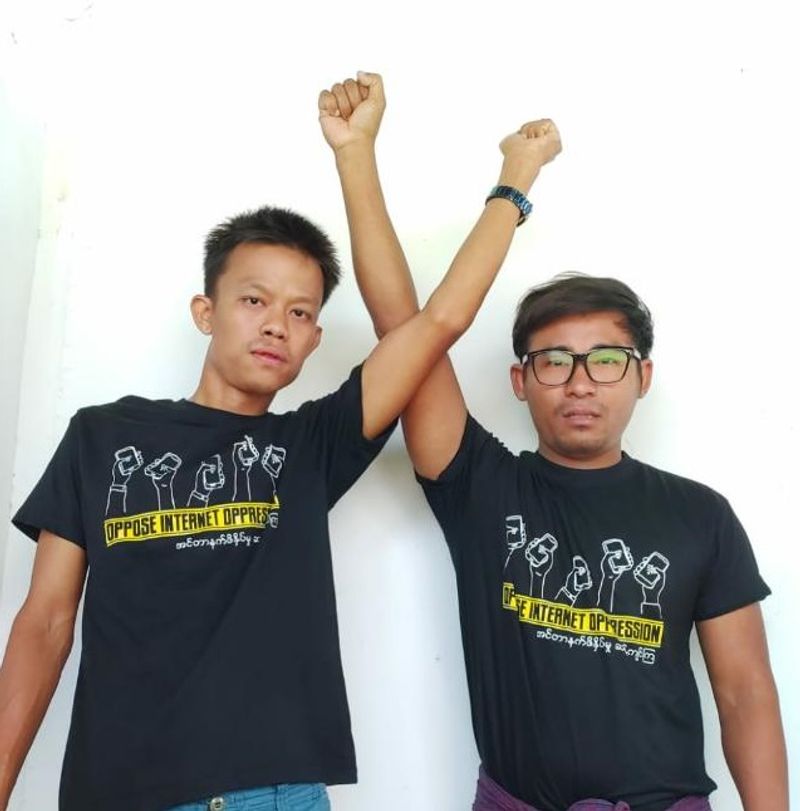 Two youth were arrested and charged on Monday morning at Kyuakphyu township court under article 19 of the Peaceful Assembly and Peaceful Procession Law.

Both are members of the Coral Child New Generation Youth Group based in Kyaukphyu town and are thought to be the chairman Ko Nay To Khaing and advisor Ko Min Za Aung, according to Ko Min Bar Chay from the Rakhine Young Generation Network.

On June 21 members of the Coral Child New Generation Youth Group had gathered at the entrance to Kyaukphyu to observe the one year anniversary of the internet blackout in Rakhine and Paletwa township in Chin state, and demand that the internet ban be lifted. The group’s chairman Ko Nay To Kaing and advisor Ko Min Za Aung were subsequently investigated under the Peaceful Assembly act.

Ko Min Za Aung’s younger brother Ko Min Mun said “first of all they were being investigated under the Peaceful Assembly law, then they were arrested for failing to attend a court summons on July 6. That was when he was away on a trip, and he was arrested when he returned from Sittwe. They are at the police station now,” he told Narinjara.

Both are currently detained at Kyaukphyu police station.

Similarly, members of Ramree youth group had gathered at the Ramree town entrance to campaign against the one year internet ban, and the youth group’s communication officer Ko Myo Min Tun also faced charges for violating article 19 of the Peaceful Assembly act.

Subsequently he was ordered by Ramree court on June 25 to pay a fine of 20,000 kyat and the case has been settled.