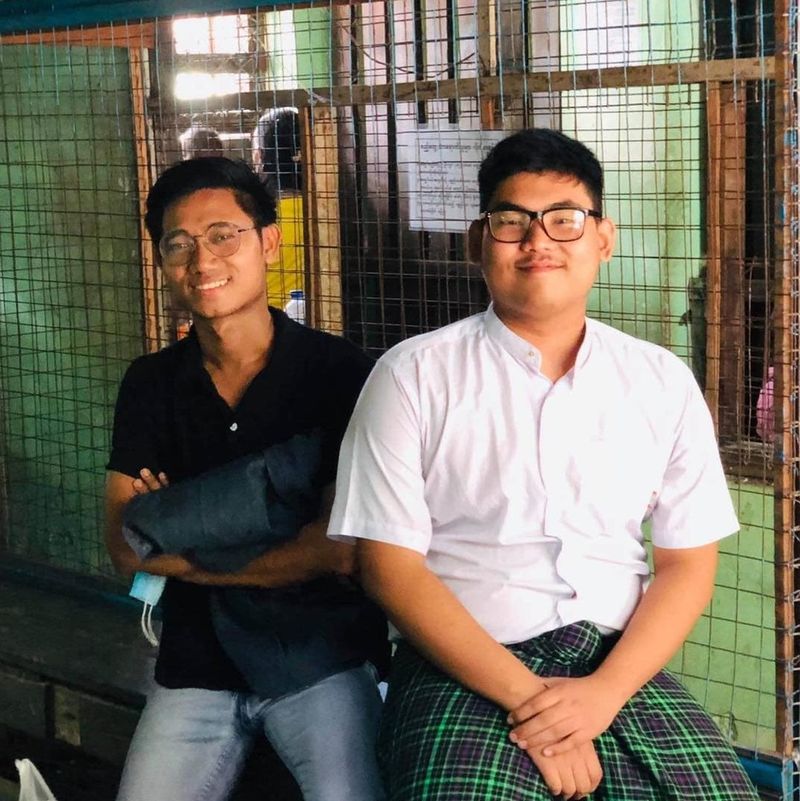 Two student leaders from the Rakhine Students' Union (Yangon Universities) were sentenced to one month in prison under section 19 of the Peaceful Assembly and Peaceful Procession Law after protesting against the internet ban in eight townships in Rakhine State and Paletwa Township in Chin State.  They were sentenced on Thursday by the Kamaryut Township Court in Yangon Region.

They were charged over holding a protest on February 23 calling for the internet ban in Rakhine to be lifted, amongst other demands. The two students as well as students from the Rakhine Students Union (Universities-Yangon), All Burma Federation of Students Union, and the Yangon University of Economics Students' Union (Ywathagyi area) attended the protest.

Ko Myo Min Thu, a secretary of the Rakhine Students' Union (Yangon Universities), said that they were sentenced on July 23 under the peaceful assembly law; five months after the protest had been held.

"Five months ago, they ordered a lawsuit under the peaceful assembly law to be filed against them.  On the first day of the court hearing they were sentenced to one month in prison. We are not happy about this at all. The internet has been blocked in Rakhine for more than a year, it is a violation of human rights. Students in the area can’t attend online courses. We students are missing out on opportunities. That is why we had to protest,”he said.

They were charged under section 19 of the Peaceful assembly law for the protest in which they made three demands: that the government resume internet services in affected areas of Rakhine without exception; for those responsible for an artillery shell that exploded in the grounds of a primary school in Buthidaung Township to be fully held to account; and for international media to be given the right to freely access areas to report, he continued.

Similarly, some students who were involved in protesting against the year-long internet ban on June 21, 2020 have had charges filed against them under Section 19 of the Peaceful Assembly law.

It has been more than a year since the internet was cut off in Paletwa and eight townships in northern Rakhine with the ban being in place since June 21, 2019.

Zaw Min Tun, secretary of the Tatmadaw's Truth News information unit told a news conference in Naypyidaw on June 23 that the internet ban in Rakhine had been imposed due to the leaking of military secrets and incitement of racial hatred.