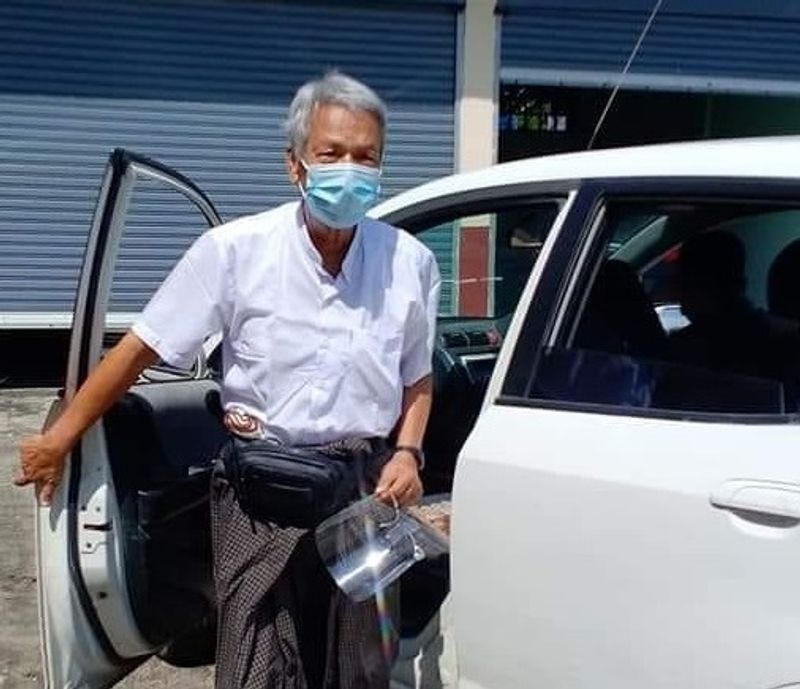 A well-known elderly citizen of Sittwe, U Thar Pwint was sued by a Tatmadaw official under the telecommunications law (Section 66-d) at Sittwe township.

He was accused of posting unpleasant comments on the current military conflict in Rakhine State in social media. Major Kyaw Zaw from the 9th field engineer battalion filed a complaint against him.

“He sued me for my posts in the facebook against atrocities on common Rakhine nationals. I mentioned about an individual from Mrauk-U, who was taken away by the army but later his body was sent to the family,” he added.

Thar Pwint  is a veteran lawyer, who often criticizes the authority for  injustice to common people. He pointed out that the authority does not prefer such posts.

“In another incident, a child was hit by a bullet and his photograph was shared in facebook posts by many. I raised a question over the child  as a member of Arakan Army ,” said Thar Pwint adding that the military officer intentionally sued him whereas many others opposed the incident.

Three police officers arrived at Thar Pwint's home at around 10 am yesterday and took him to Sittwe township court, where got the bail in the afternoon.

Attorney Kyaw Nyunt Maung, who assisted Thar Pwint in the case, informed that the veteran lawyer was released on bail of Kyat 20 lakhs.

The second hearing is scheduled for October 21 in Sittwe township court.