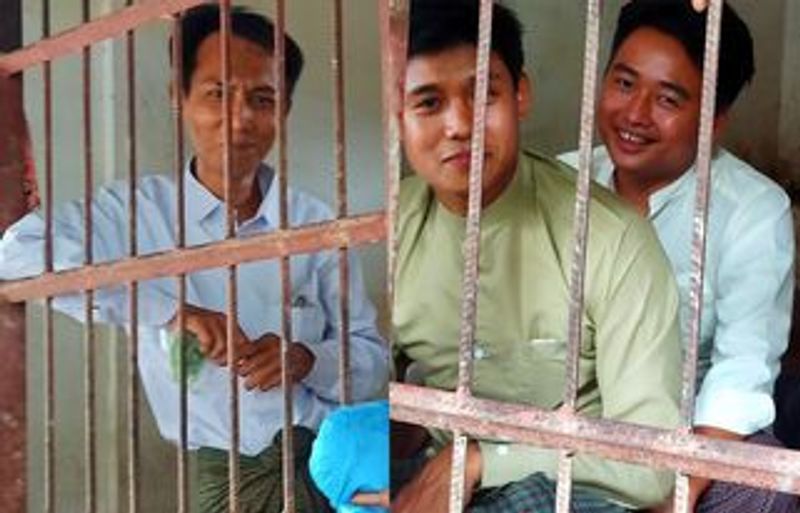 Three social activists from Thandwe in south Rakhine were sentenced by the township court on 20 May.

Daw Myo Tin Za Tun, a lawyer representing the convicts, said that the prosecutors did not have a clear conviction. Speaking about Han Myo Thurein, the lawyer apprehended  that the court was compelled to do so.

Sein Chit and Ye Naing Oo  were arrested during October 2021 in connection with PDF ( People Defense Force) while Han Myo Thurein was picked up in February last year with charges under section 505 (b) by the police for leading a public rally against the military rule.

In Rakhine State, more and more people are being imprisoned with the charges of maintaining links with the PDF.

Some of them include Cherry Thet Shay (40-year-old CDM teacher) hailing from Taungup,  Matin Sandar Win (25), Nyein Ei Phyo Kyaw (35) &  Daw San Cho Theik (50) from Thandwe,  Min Di Par (a young writer from Pan Maw village under Mrauk U township). They all were sentenced to hard labour and 10 years in prison under section 50 (j) of the anti-terrorism laws for funding the PDF.