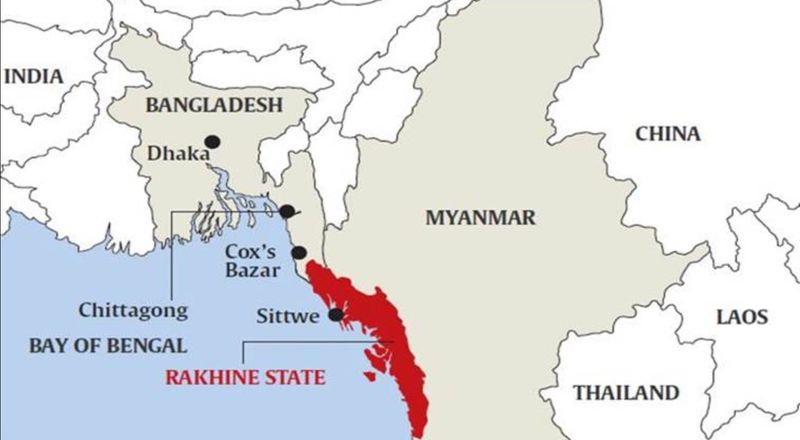 At least nine people including three children were injured in mine explosions that took place in two separate locations of Arakan State in western Myanmar.

First explosion took place on a mountain range at Shwe Kyan village in Htain Pin village tract under Minbya township at around 10.30 am on 19 January, where 8 villagers including three boys and two girls were wounded.

Htain Pin village tract administrator informed that all the eight villagers went to the mountain range for collecting the firewood. Then a landmine exploded and they got wounded.

Two children are in serious condition now, added Htain Pin. He however denied any information about who might have planted the landmine in the locality.

Relatives informed that the condition of Maung Thein Lin Chay (13) and Maung Chit Oo (12) is serious and they are under treatment in the hospital.

“All injured villagers were shifted to Mrauk U district hospital as there was no doctor at Pan Myunt circle hospital. Most of them received injuries at their lags,” said the relatives.

“The landmine exploded when  Than Maung Chay (42) went to collect the firewood. His both legs were seriously injured. Later he was sent to Ponna Kyunt township hospital for necessary treatments,” said his brother U Ngo Khyu.

A series of clashes between Myanmar Army personnel and Arakan Army members broke out at Buddaw village locality last year, where many soldiers and AA members lost their lives.

According to the local NGOs, at least 100 civilians were killed and over 200 were wounded during the year.