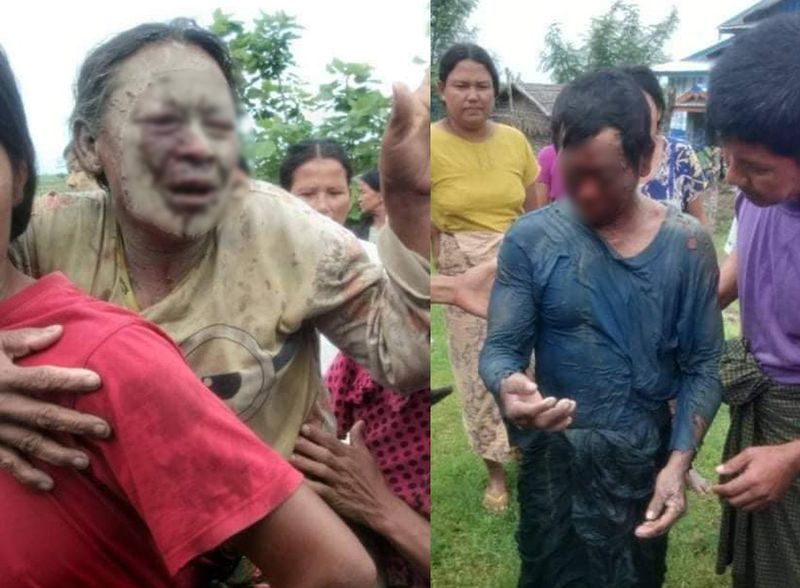 A farmer-couple of Rathedaung township, who were injured in a landmine explosion on Friday, was shifted to Sittwe general hospital for better medical treatments.

The couple, identified as  U Aye Sein Tun (52) and Aye Nu Sein (47), hailing from from  Tha Si Gone village under Rathedaung township, 20 miles north of Rakhine State capital city of Sittwe, sustained injuries as they were busy farming in their paddy field.

The village-tract administrator U San Aye Kyaw informed  Narinjara News that they faced the landmine explosion while building a small embankment on the farmland in the morning hours.

"The couple's tunnel hit the landmine. So it exploded,” he added.

U Aye Sein Tun received injuries on both of his eyes, whereas his wife sustained injuries on one eye and other parts of the body.

The area witnessed a gunbattle between the Burmese army personnel and Arakan Army (AA) members, said the locals.

On 14 June, one IDP man died and another received injuries in a mine explosion as they tried to climb a hill near their refugee camp at Sa Nyin in Myebon township.

Earlier in May, three locals from the townships of Kyauktaw, Minbya and Ann were killed in a landmine explosion.