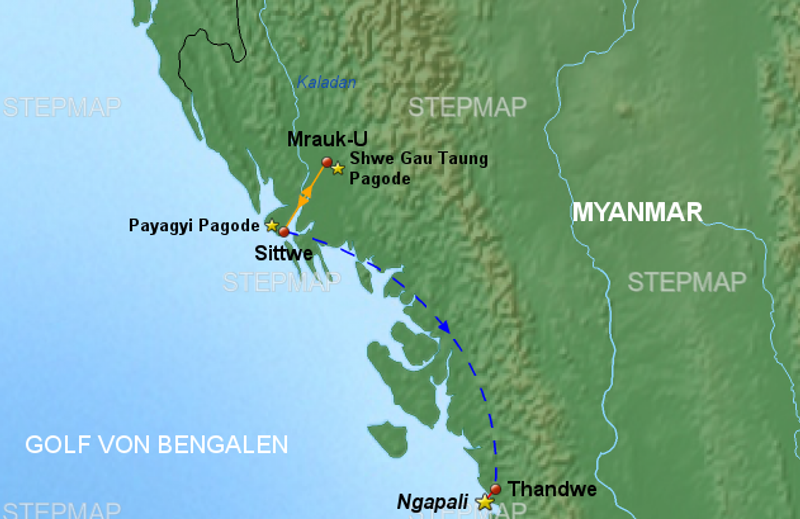 A respected monk along with an administrator and a villager have gone
missing since they were arrested by Myanmar Army personnel on 20
September, said concerned village leaders.

The monk U Kawidaza with village administrator U Wai Soe Tun and villager U Myat Maung went to Kyauk Kyat village from their native Owe Hthing locality
under Mrauk U township by a car on Yangon- Sittwe highway at around
3.45 pm.

As they had arrived at Lin Mway Taung hill near to the high way, a
group of soldiers stopped them and later arrested them, said a village
leader from Owe Hthing.

As Narinjara received the information from local sources, a
responsible scribe contacted the western command spokesperson
Brigadier Win Zaw Oo in the afternoon. But he denied any details about
their arrest.

Local lawmaker from Rakhine State parliament U Tun Tha Sein informed
Narinajra over the telephone that he came to know about the incident
but yet to get more details on their whereabout.

U Tun Tha Sein, however, confirmed that they were brought to Sittwe by
a helicopter after landing it on Lin Mway Taung hills, where around
200 soldiers are being stationed, but thereafter he has no input.