Navy and cargo ships attacked by AA on Kaladan river 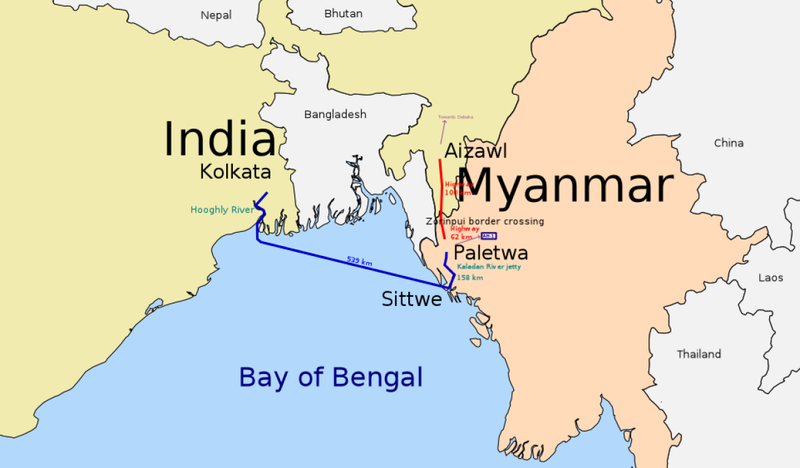 Arakan Army (AA) members on Friday attacked the Navy and cargo vessels with RPG launchers on Kaladan river as those were sailing towards Paletwa in Chin State. The attack took place at 7.15 am at a locality near to Pi Kauk Wa village under Kyauk Taw township as those vessels started the journey from the Arakanese capital city of Sittwe.

Those materials are meant for the ongoing construction of a bridge under the Kaladan Multi-Modal Transit Transport Project (of India), informed Colonel Win Zaw Oo, spokesperson of the western command of Myanmar Army.

At least one cargo vessel (Shwe Pyi Dan) was hit by the attack, as AA members launched the attack from the eastern bank of Kaladan river.

It was followed by fierce battles between Navy personnel and AA members, where cannons and launchers were used for an hour.

Among them, U Tun Hla Pru and Maung Soe Soe are seriously injured and both of them were sent to the Sittwe general hospital. U Tun Hla Pru (65) may lose one of his legs because of injuries.

“If they want to avoid attacks, they should inform us in advance as the area is under the war zone. The vessels escorted by three Navy ships were sailing to Paletwa and it looked like an operation of Myanmar Army. So our members targeted them,” he added.

However, despite AA attacks, the ships continued their journey towards Paletwa transporting the materials meant for the multi-modal bridge.