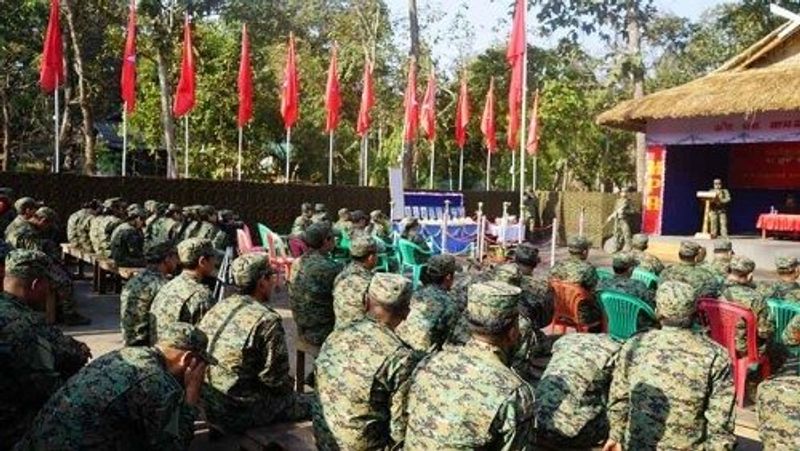 Guwahati: Signaling a new hope for trusted friendship between India
(Bharat) and Myanmar (Burma), the federal government in NayPieTaw
recently handed over  22 members of various armed outfits from the
Northeast. All the insurgents were apprehended by Myanmar security
forces from Sagaing locality and extradited following the successful
persuasion by India’s national security adviser Ajit Doval.

Recognized as the first of its kind gesture by Myanmar military
Tatmadaw, the Ajit Doval supervised operation resulted in bringing
back most wanted militant leaders like Peshuram Lesharam (PREPAK-Pro),
Santomba Ningthaujam (UNLF), Rajen Daimary & Sansuma Basumatary
(NDFB-S) etc. It simply signifies the enhanced defence and
intelligence ties for both the neighboring countries.

It may be noted that most of northeastern militants, after losing
their bases in Bhutan and Bangladesh, took shelter in Myanmar. They
also run their training centers inside Myanmarese jungles adjacent to
the China border. Fugitive Paresh Barua, who  leads United Liberation
Front of Assam (Independent), is understood as taking shelter in such
a locality.

Following the Covid-19 pandemic protocol amidst nationwide lockdown,
all Manipur militants were taken to a quarantine centre in the State
capital after taking their samples for screening. Rebels from Assam
have been taken to a Guwahati hotel for the necessary isolation and
their samples were taken to test for novel corona virus infection.