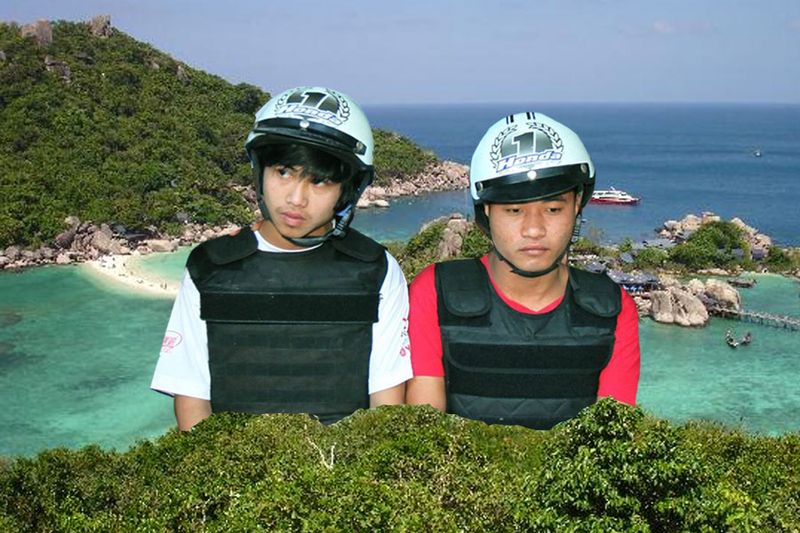 Win Zaw Tun and Zaw Lin, who had been sentenced to death for murder in Thailand, have had their sentences commuted on Friday to life in prison in a royal pardon.

Kyaw Aye Maung, who is assisting with their case, said: “It is understood that the Thai King today commuted the death sentence to life imprisonment. This is the best we can expect. This is an important mass royal pardon day in Thailand. We just hope that the Thai king will show compassion for them on his future birthdays," he told Narinjara.

The two Myanmar migrants were sentenced to death by a Thai court for killing a young British couple on the Thai island of Ko Tao.

Aung Myo Thant, a lawyer representing them, said the sentence had been commuted to life in commemoration of the Thai mass royal pardon and that he had been in contact with Myanmar embassy officials to secure their release.

The two were convicted in connection with the September 2014 killings of two British nationals, David Miller, 24, and Hannah Witheridge ,23, on Koh Tao in Surat Thani province in southern Thailand. A court in Ko Samui charged them with murder, rape and robbery.

On December 24, 2015, a Ko Samui court sentenced Zaw Lin and Win Zaw Tun to death for murder and withholding information; 20 years in prison for the rape of Hannah Witheridge, 2 years imprisonment for theft; and one and a half years for staying overnight. They were also sentenced to six months in prison for illegally entering Thailand and six months for illegally residing in Thailand.

Their families have not been contacted as their phones have been switched off.