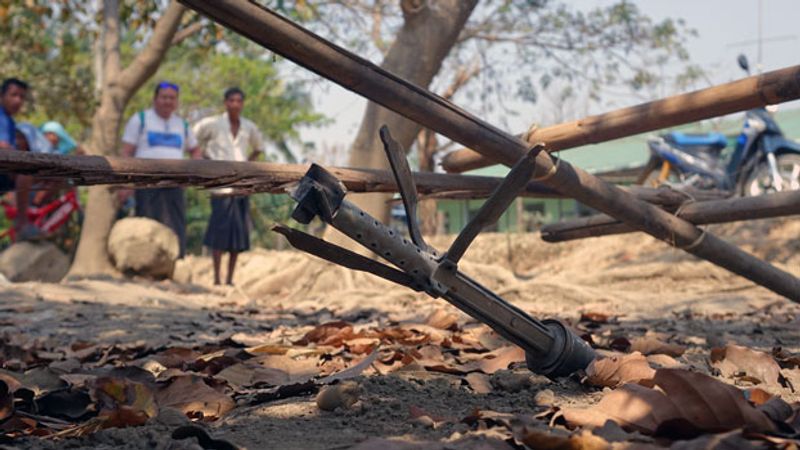 A road worker was killed and two others were injured yesterday in a war remnant shell blast that took place in Myebon township of central Rakhine State.

The shell with propellers was found at the roadside and suddenly it exploded when the road worker, identified as Maung Than Aung (20 years old), tried to pick it up with his hands. He died in the spot.

The injured workers are identified as U Myint Than (30) and his son U Myint Soe (14), who hail from Le Thon village under Myebon township, said a native villager named U Toe Sein Aung.

“They were working on the road. During a break, they were sitting under the shadow of tall trees. Maung Than Aung tried to hold the shell and then it exploded. The shell is around one foot long and it contains the fans,” the villager added.

A military base is located on a hilltop which is around seven miles north of the location. Soon after the blast, some soldiers from that camp arrived there for investigations.

Both the injured, where the son had major wounds, were already admitted to Ann hospital.

U Maung Thein, the administrator of Le Thon village confirmed that one villager died and two other were injured in the roadside blast.

Over 300 civilians were killed and more than 600 were injured in similar incidents of landmine and artillery shell-explosions across Rakhine State  in the last two years.