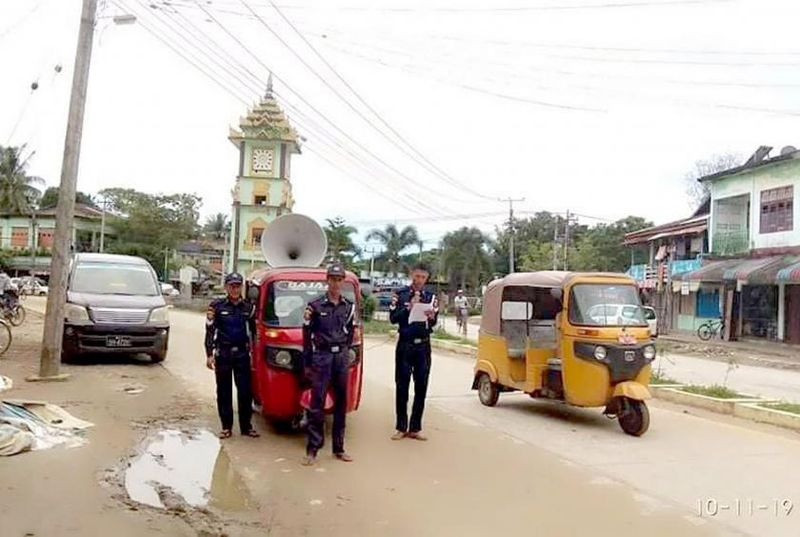 Section 144 of the night curfew from 10 Pm to 5 am has been extended to another two months for June to July in Maungdaw Township.

The order was signed by Maungdaw Township Administrator U Kan Tun Aung on June 11. After issuing it, the township authority announced by a loudspeaker pun on a car on the town yesterday evening, residents said.

In Maungdaw Township,  Section 144 of the curfew has been issued  since the August 25, 2017 when a heavy conflict took place there.

In the consequent of the conflict, an estimated 655,000 to 700,000 Mulsim people in northern Rakhine reportedly fled to Bangladesh between 25 August 2017 and December 2017, to avoid ethnic and religious persecution by Myanmar's security forces in their "clearance operations" against insurgents.

U Hla Thein, the administrator of Ward No. 2 in Maungdaw, said, “It is issued every two months because it is needed. But for health reasons, people can go freely. The authority allow to them with understanding, ”he said.

The curfew has been imposed on all roads including road Lane, Garden, monastry, mosque; No more than five or five people are allowed to gather on there. (NN-2)