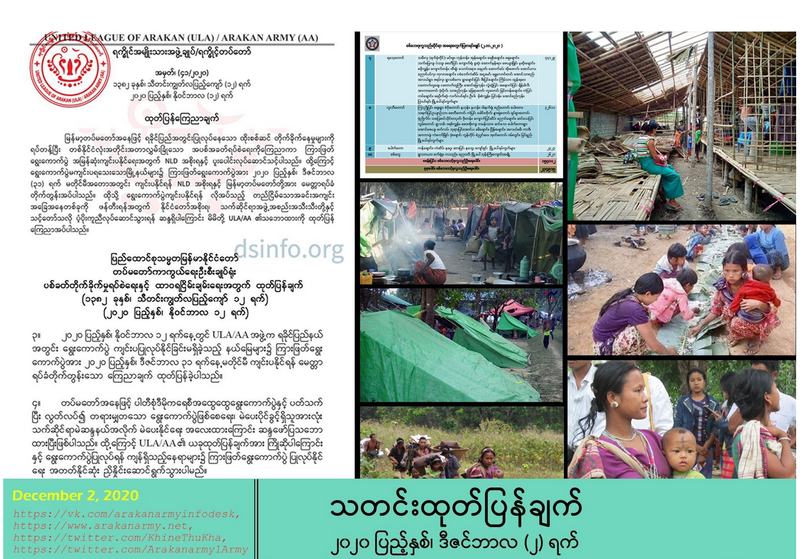 A 30-minute online discussion took place between the Burmese Army and Arakan Army (AA), which raises hope for peace among Rakhine people as the Myanmar security forces were fighting AA in various parts of the State.

The discussion was organized on 25 November among the leaders representing both sides.

The issues of discussion remained free & fair elections for the deprived Rakhine constituencies, difficulties faced by the villages in transporting medicine and food items, increasing mutual understanding and trusts between the Tatmadaw and AA leaders.

The participant  AA leaders urged the Burmese military to consider a few matters for the benefit of common people in Rakhine State.

Firstly they pointed out over the frequent road blocks during the war which put the locals in troubles. They insisted on helping the people onroad and water travels so that food items could be transported safely.

Secondly, they emphasized on creating an atmosphere of peace and tranquility in conflict ridden areas an also continue working for a lasting peace and progress.

Both the sides are expecting a face-to-face meeting very soon after resolving the primary hurdles, said an AA statement expressing hope for an amicable solution to the State and its populace.