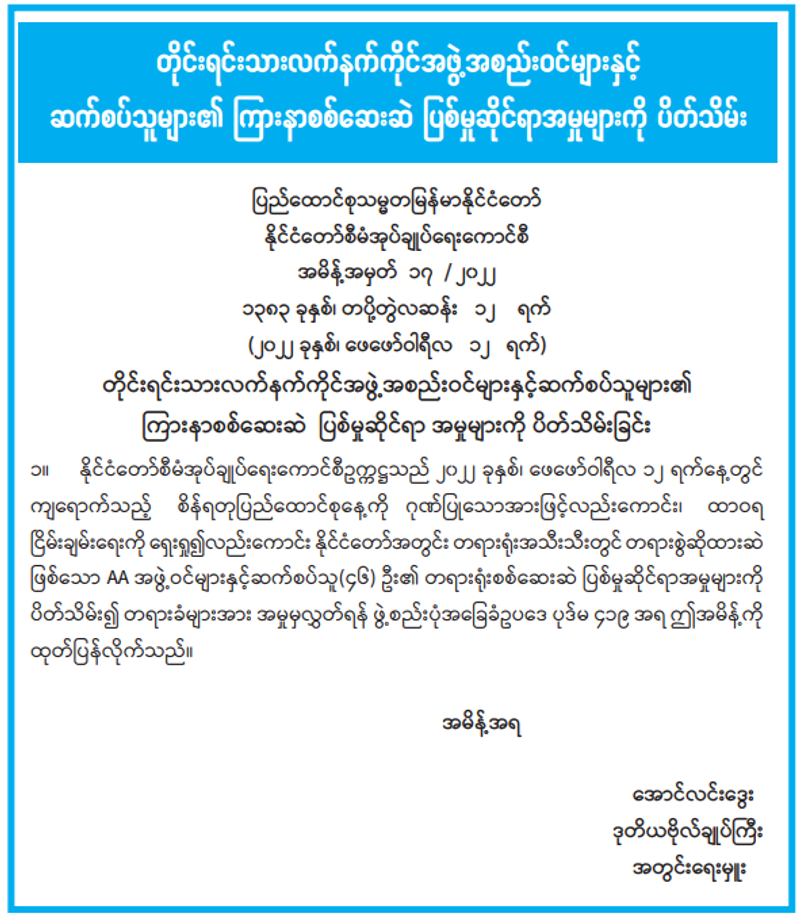 At least forty six members belonging to Arakan Army (AA) and its affiliates were released by the State Administration Council (SAC) on the occasion of Union Day.

After the SAC secretary general Aung Lin Dwe signed the order, they were released on Saturday as a gesture from the government.

SAC  chairman offered clemency  to 46 AA members and its affiliates on the occasion of Union Day diamond jubilee celebrations held on 12 February 2022 and looked forward to a lasting peace in Myanmar.

Most of their cases were pending and now those are being closed under Article 419 of the Constitution, said an authority statement. Rakhine activists appreciated the initiative and reminded that many more detainees in connection with AA involvements are languishing in various prisons of Rakhine State and also in Rangoon and Mandalay jails.

The incidents of fighting between the AA members and Burmese army personnel continue to take place in northern Maungdaw township (under Rakhine State) resulting in heavy casualties for the militaries.

The political observers believe that the amnesty was granted to AA members with the intention to end the gun-fighting in the State.

Altogether 814 prisoners from various parts of Myanmar have been released by the authority on the sacred occasion of 75th anniversary of the Union Day that falls on 12 February.