Rakhine Residents in U.S Protest for Killings of Rakhine Civilian Arakanese (Rakhine) people residing in the U.S. demonstrated outside the Myanmar Embassy in Washington on May 13, alleged military conflicts in Rakhine State.

“ The main reason is that we would like to inform Myanmar authority, publics and international community about the brutally killings and detaining with torture of our people without any reason. We strongly condemned for this’’  Ko U Thein Maung  the Chairperson of Arakan American Community (AAC) told Narinjara News Agency. 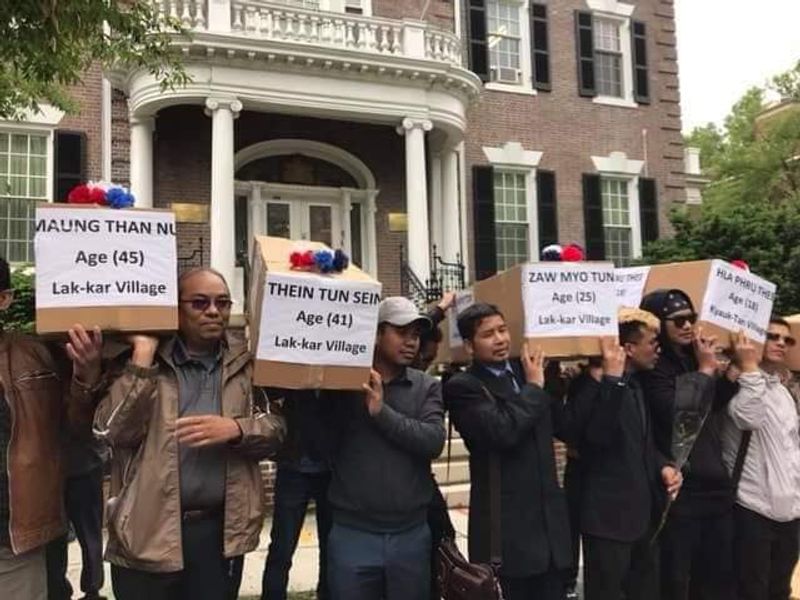 Performance of funeral services dedicated for local residents who were shot death from Larkca village, Mrauk Oo and Kyauk Tann Village, Rathidaung  was made according to the traditional beliefs of Buddhists during the rally.

“ We do not expect too much from this demonstration that the American government will take some actions for this Rakhine issue. But, it is also effective to pass the massage and information indirect way as the Washington community will be aware of it more and more. But, we hopefully to put our momentum for something which is more practical for the future’ added by Ko U Thein Maung.

The protesters demanded five key factors and according to the ACC statement, to release immediately of all detainees and halt the targeting of civilians by Myanmar Army, to take actions for those who have committed war crimes and rights abuses from Myanmar Army. To response humanitarian aid for the growing numbers of Rakhine IDPs by the government and open trends for INGOs, NGOs and aid organization to assist freely the IDPs along with the establishment of an independent inquiry without bias for hearing, are issued.

The demonstration was organized by Arakan American Community (ACC) and similar rally was held on April the 5th regarding of Rakhine issue at Myanmar Embassy, White House and Parliament Buildings, in Washington. 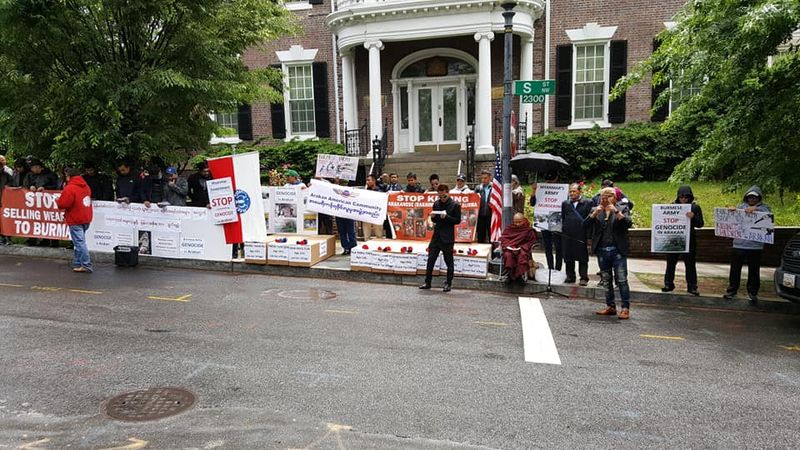