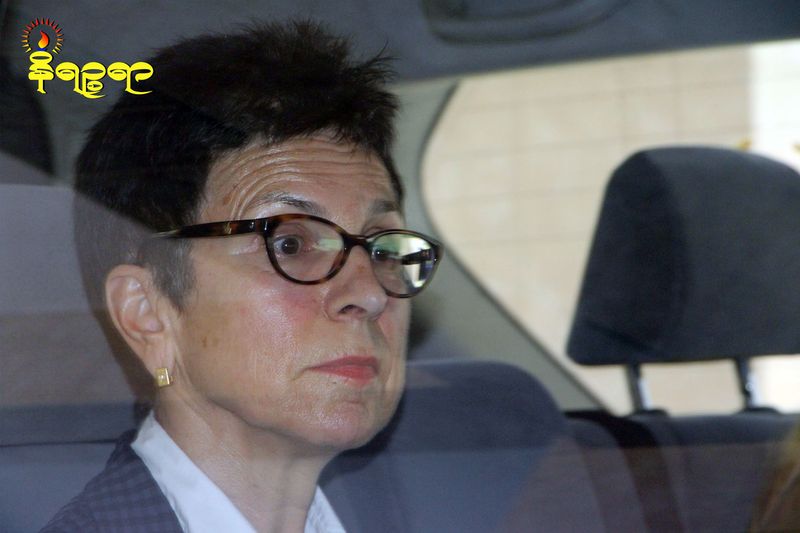 Assistant Secretary-General for Humanitarian Affairs and Deputy Emergency Relief Coordinator,Ms. Ursula Mueller currently on mission in Sittwe’s plan to visit  Rakhine’s IDP camps was called off due to security reason by the government.

“she underlined to meet with IDPs displaced by fighting between Arakan Army (AA) and Myanmar Army but her request was denied due to security concerns but she visited the permitted other areas” released by UNOCHA to media today.

According to the earlier news confirmed by the UNOCH that she was about to visit  the IDPs camps in Rakhine which has displaced by over 30,000 affected people by fighting between Myanmar’s Military and the Arakan Army (AA).

However, Ms. Ursula Mueller traveled to the Muslim IDP camps in Sittwe to meet with IDPs.