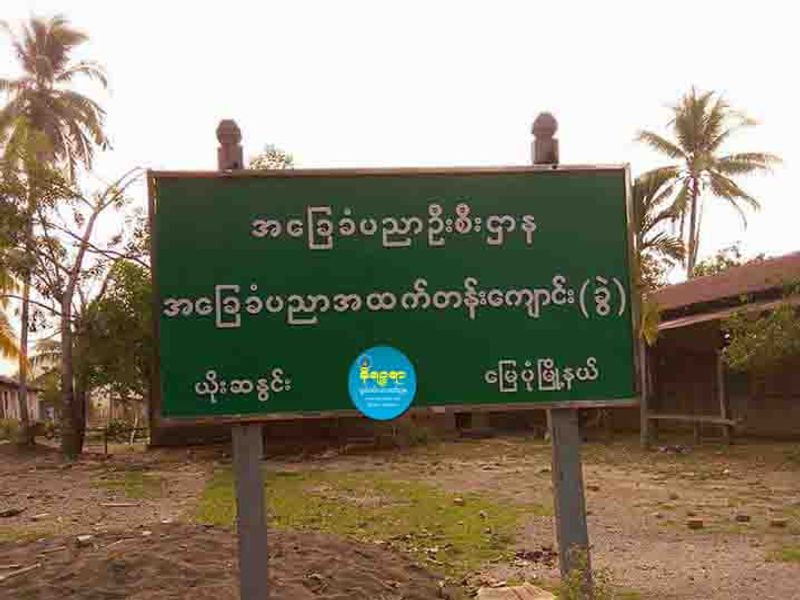 A young villager, belonged to Chin community, hailed from Maebon township of  Arakan was killed in a landmine explosion on Wednesday, said a village leader.

The victim has been identified as U Than Myint San of Taung Byint village inside Yaw Sanyon village-tract. The incident took place at around 11 am when the 25 years old Chin villager went to a mountain range to collect  tree logs for producing timbers.

“Than Myint San along with U Htin Lin (30) went to the jungle in search of hard trees and started climbing the mountain. Than Myint San, who was at the front, put his legs on a landmine that exploded it and both of his legs were severely injured. He died on way to the village as he was carried in a stretcher by some villagers,” said the village leader.

Chin students living in Rakhine under the banner of Chin University Students issued a statement over the incident and expressed grief at Than Myint San’s demise who left behind his wife, two young daughters and other relatives.

On 24 May, two villagers belonging to ethnic Mro community in Ponna Kyunt township, 16 miles north of Arakanese capital city of Sittwe, also faced a similar accident. Both of them are now at Sittwe general hospital, but they have lost one leg each in the landmine explosions.