Villager killed, another injured in firing 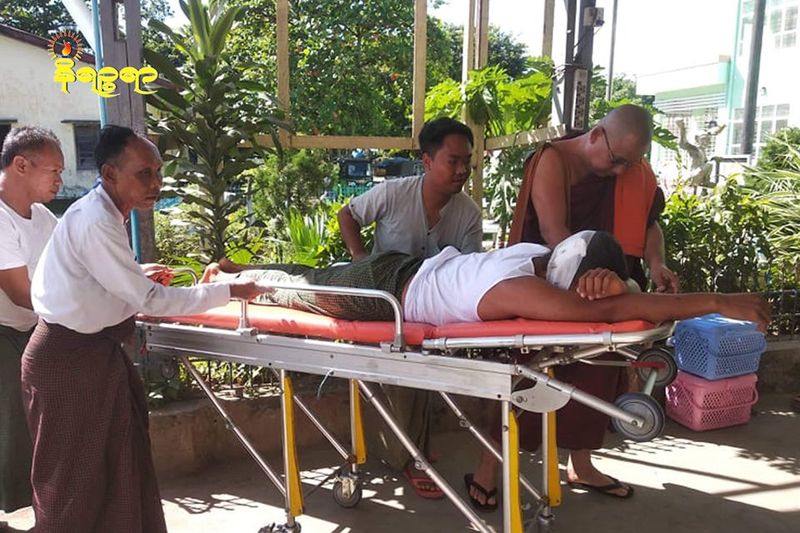 A 53 years old villager was shot dead and another injured today in an encounter with Myanmar Army  in Kyauk Taw township, 80 miles north of the State capital city of Sittwe.

The victim has been identified as U Kular Maung alias U Khin Aung Kyi from Sit Aaung village who  died on the spot as the security forces started firing at Shwe Hlaing village under Kyauk Taw township in the morning hours.

The injured has been identified as Maung Nay San Win (24) from Shwe Hlaing village who received minor injury on his head and waist. He was sent to Sittwe General Hospital.

U Tun Win, the representative of Pyithu Lauttaw from Kyauk Taw township informed that he went to the hospital to take note of injured Maung Nay San Win.

“I witnessed injuries on his body. He should survive, but the other villagers died on the spot with bullet injuries,” said U Tun Win.

U Kular Maung’s mortal remains were yet to be brought to Shwe Hlaing village till afternoon as there was heavy security coverage  in the locality.

“The fateful incident took place at around  6 am. The villagers started their regular activities and then a column of Myanmar Army arrived there. Villagers were questioned by the soldiers and the firing incident was broke out at the same. But I did not know the
reason, why the troop targeted the villagers,” stated U Tun Win.

“We do not know why he was targeted by the soldiers. We are yet to receive proper information about his death,” added the niece.

Narinjara tried to contact the western command spokesperson Brigadier Win Zaw U over telephone for more information about the incident since morning but failed to get any response.