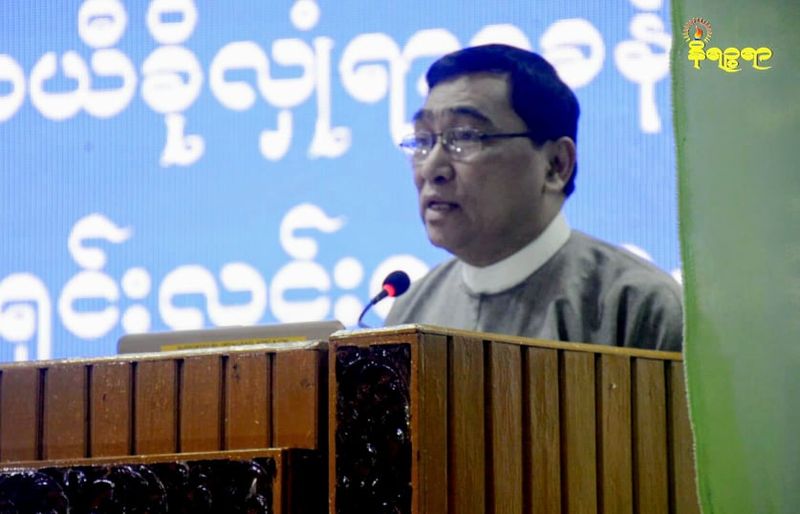 Myanmar government in Nay Pyi Taw claims that it has spent Kyat 1.8 billion for the internally displaced people (IDP) of Rakhine during an explanatory meeting held in the Arakanese capital city of Sittwe on 2 December.

However, leaders in the camp denied the statistics and termed it as half-truth.

Union minister for social welfare, relief and resettlement Dr Win Myat Aye revealed the data in the explanatory meeting of resettlement  programs and national strategy for the closure of camps for IDP at U Ottma hall of Sittwe.

“The government assisted only once to our IDP camp and not done monthly. It assisted Kyat 300 per refugee for over 600 families in a month.  In October the government provided rice for a month with the rate of 2 cans for a day for one person,” said U Soe Naing.

In the explanatory meeting the minister claimed, “Whenever we arrived at IDP camps,  the relief items were found circulated among the inmates. Our government provided reliefs to IDP camps as monthly basis for the conflict ridden Rakhine.”

He also added that the reliefs were continued for  IDP camps and the government till now has spent Kyat 1.8 billion in Rakhine for the sole purpose.

Number of refugees in Rakhine is slowly increasing, who are taking shelter in IDP camps, as the conflict between  Tamadaw and Arakan Army members intensifies.

According to a Rakhine Ethnic Congress (REC) report, there are over 90000 IDP in the State. But the government statistics say that the number will be around 38000 IDP.

REC  secretary Ko Zaw Zaw Tun alleged that the government has not been able to supply relief items to even 38000 IDP.

“The government official always claims that there is no paucity of funds for IDP, but on the ground refugees are expecting more. The authority supports only limited volume of rice to IDP (Kyat 300 per day per person), which is insufficient,” he added.

More shockingly, supplies of food, medicines and humanitarian reliefs to IDP camps in Rakhine have been blocked by the authorities for some time.